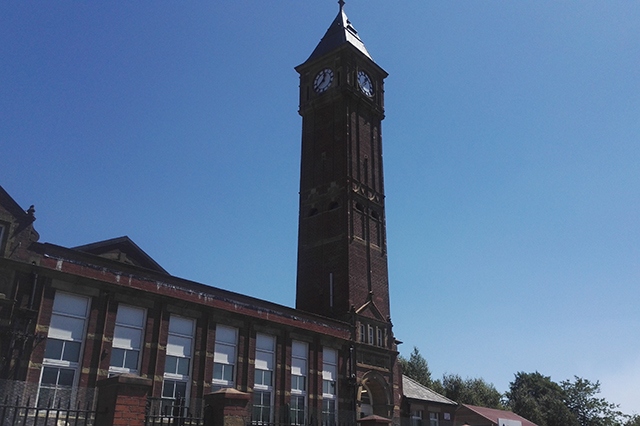 One of Oldham’s most recognisable and popular landmarks – the clock tower at Werneth Primary School – has been restored to its former glory.

Installed when the school was built way back in 1891, the famous Werneth clock hadn’t worked for decades, so now, after being the go-ahead by the school’s Bright Tribe Trust, work was commissioned to restore the clock and the whole gigantic tower structure.

A grand ‘re-opening’ ceremony took place at the school, which was also attended by ---.

School Principal Conrad North is delighted with the final result.

He said: "We've waited a few months since the project got under way, but the clock is fantastic now, it's been working well and its kept its time.

"We've had lots of positive comments from the community and the staff this last few days, and the children have been working on understanding the significance of the clock.

"Everyone is really pleased that we've managed to get the clock up and running again.

"We've had lots of ex-pupils and ex-members of staff come in to celebrate the re-opening - some of them going back to the 1950s, 60s, 70s and 80s - and it's been lovely spending a bit of time with them while we all looked at the school archives.

"There were a few anecdotes shared and we talked about the old punishment book - thankfully things have changed a lot since those days.

"The pupils have been enthusiastic as we've down some work on the history of the school - it's just been a lovely boost for everyone.

"It's more evidence that the Bright Tribe Trust continue to back us too.

"They continue to invest significantly in making the school building right, proper and safe, and that it continues to be not only foe the community, but for the children as well."

LED lighting has also been installed so the clock tower structure can be admired in all its finery no matter what time of the day it may be.

Continued investment from the Bright Tribe Trust has been highlighted by the fact that the Key Stage 1 playground at Werneth Primary is being updated from next Monday (July 9).

Work will continue through the summer holiday period.