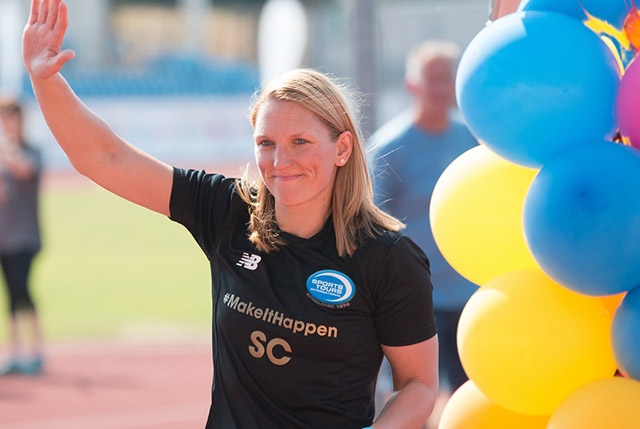 Once the action got under way, New Bridge School and St Paul’s Primary triumphed in the Year 7/8 Inclusive Athletics and Year 5/6 High Five Netball respectively.

Waterhead Academy’s ‘A’ and ‘B’ team then picked up silver and bronze in the BMX competition at the National Cycling Centre.

They are supported by competition deliverers and School Games organisers, and approximately 160 young volunteers.

“It was amazing to have over 2,000 young people take part in what was definitely the hottest Greater Manchester School Games to date.

“The passion, determination and teamwork shown by the athletes is what the School Games is all about and I hope they continue to strive to be the best they can be in their sport.”

There were competitions taking place in Athletics, Baseball/Softball, BMX Dodgeball, Football, Goalball, Golf, Netball, New Age Kurling, Rounders, Rugby Union and Tennis, as well as a participation festival which gave young people an opportunity to take part in a number of sports.

The School Games Organisers across Greater Manchester have organised and delivered local competitions with 241,253 individuals having taken part in this academic year so far.