You are Here: Home » News » Education » Littlemoor pupils mix it with royalty!

Littlemoor pupils mix it with royalty! 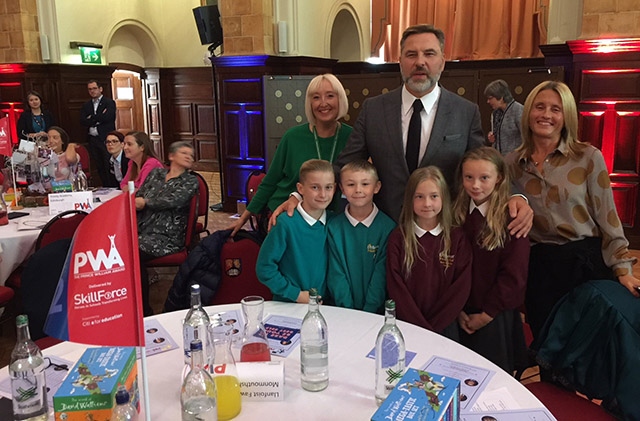 The graduation event was hosted by David Walliams OBE

Pupils from Littlemoor Primary School in Oldham enjoyed a once-in-a-lifetime opportunity when they attended the first National Prince William Award graduation event, alongside HRH The Duke of Cambridge.

The event, to celebrate the success of the character education award in Prince William’s name, was hosted by David Walliams OBE, who also took time to talk to the children and even take a few selfies.

A range of pupils completed the 36 week programme, which is taught by predominantly former armed forces personnel, through a range of practical and classroom based activities and includes regular reflection on what pupils are learning and how their character is developing.

As part of the special graduation event on Tuesday, September 18, the Duke made a speech during which he said he was proud to be the charity’s Royal Patron and that children needed the type of support the award offers, now more than ever.

More than 150 children attended the event and The Duke of Cambridge took time to talk with many pupils and schools. 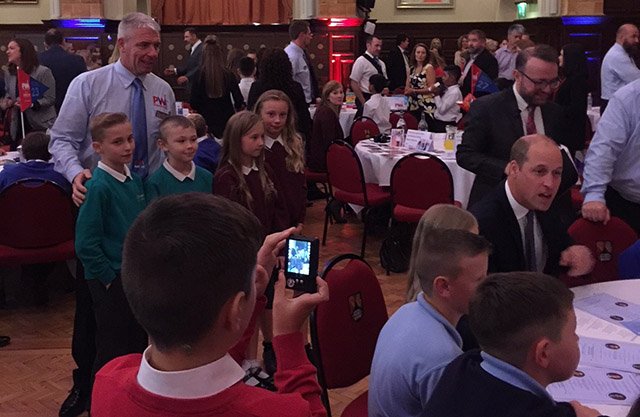 Launched in 2017, The Prince William Award already runs in over 200 schools across the UK and has been delivered to 7,500 pupils.

SkillForce uses predominantly ex -service personnel as instructors, who are able to inspire and teach pupils by drawing on their own life and career experience, courage and knowledge and the charity offers taster sessions to schools who are thinking of signing up.

Ben Slade, CEO at SkillForce, said in a speech at the event: “We’ve achieved a great deal this year.

"However, this is just the beginning.

“I believe we must place much greater emphasis on giving children the time and space to explore the fundamental aspects of good character and to develop the skills to cope with life’s challenges and opportunities.”

TV comedian David Walliams provided the comedy element of ceremony, joking: "For those of you who don’t know me - I’m sort of Britain's answer to Angelina Jolie: a hugely respected actor who is renowned for their humanitarian work, and also very easy on the eye.”