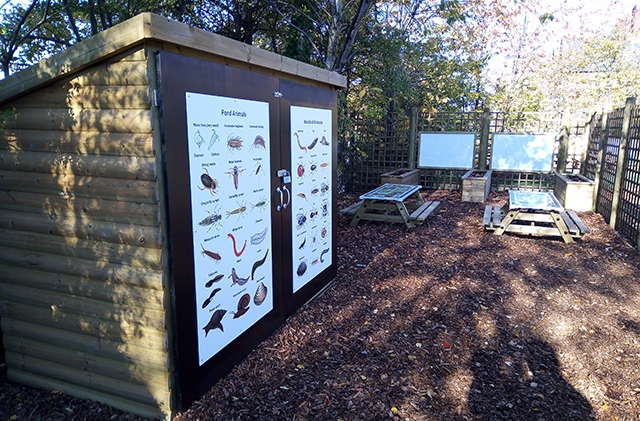 Key stage one pupils at Werneth Primary school are having a ‘whale of a time’ using their brand new, improved playground facilities after extensive work was completed recently.

Two months of hard graft have transformed the play area towards the front of the building, and pupils simply can’t get enough of the new, extended play space and facilities.

“The area hadn’t had any work done on it in a considerable period of time, so there were areas we couldn’t allow the children to access because it was unsafe,” said Mr North.

“This has been phase three of improvements we wanted to make to the outdoor learning environment.

“We first spoke to the children around a year ago about what they’d like in their playground, and after working with Pentagon and other contracted suppliers, this is the result.

“The work only started at the end of July, and after just eight weeks we have this fantastic resource that the children absolutely adore.

“They’re getting great fun out of it, and also learning lots of new things as well.

“It’s made a massive difference to the children.

“Behaviour incident and even first aid incidents have reduced because they’ve got so much more room to run around in.

“The children had been restricted as to where they could and couldn’t go, but now they’ve got this huge new area that can use safely.

“They’re having a whale of a time.”

Key Stage two improvements are next on the Werneth Primary agenda, with additional work promised on improving grassed and seating areas.

Early indications are that a positive outcome for everyone connected with the school is widely expected.

Mr North told the Chronicle: “There has been an assurance that any sponsor will be a local Multi-Academy Trust and that the Headteacher Board and Regional School Commissioner are working on securing us the best option.”