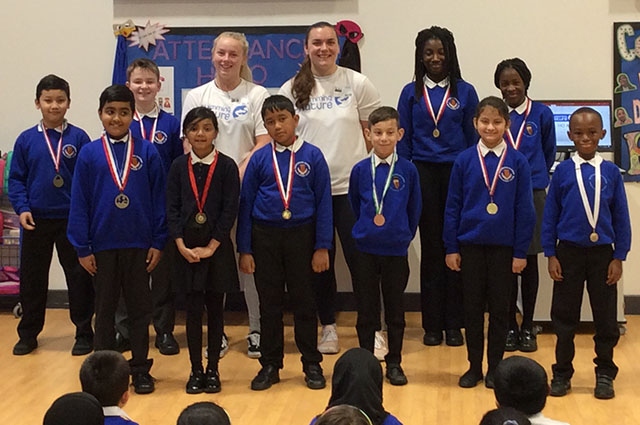 During their visit, Jess and Rhianna attended an assembly where they spoke to the children about their achievements, swimming careers and future goals.

The swimmers talked about their success and how they achieved it, including mentioning the many obstacles they had to overcome.

Jess and Rhianna passed their medals among the children whilst talking about the experience of competing at international level.

They have donated their medals to Northmoor Academy to remind the children to always aim high, just like they did.

Head of Northmoor Academy Amy Coleman hopes that the children have been inspired by some of the stories.

Jess was Britain’s youngest swimmer at the 2012 Olympics in London.

Then aged 17, she finished fifth in the women's 4 x 100 metre freestyle relay final.

Two years after the Olympics she competed in the Commonwealth games in Glasgow, where she won two medals.

Most of the classes involve one-to-one tuition.