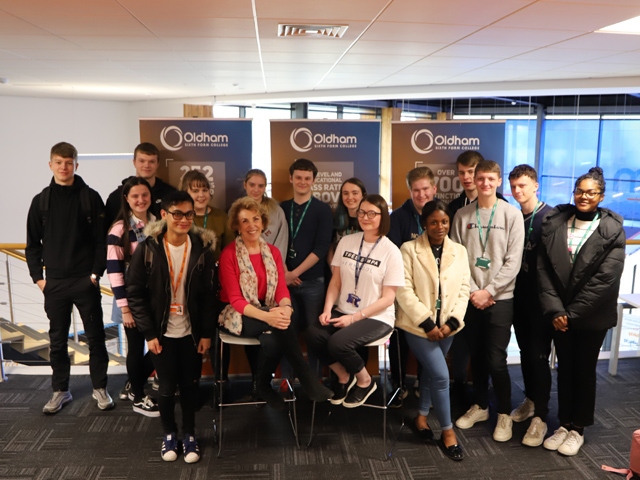 On Tuesday 11th June, Edwina Currie returned to OSFC (Oldham Sixth Form College) for a third time to talk to students about the current state of British Politics.

Edwina has been a member of the Conservative Party since the age of 16 and served under the UK’s first female Prime Minister, Margaret Thatcher, in the 1980s.

The event included an insightful question and answer session, followed by an intimate workshop, allowing students to probe Edwina further about her opinions. It was held in the quiet zone of the Duncan Lawton building in the college and allowed students to have their political questions answered.

During her introductory talk, Edwina discussed her political career and her continuing presence within the media, including appearances on reality TV shows, I’m a Celebrity Get me Out of Here, Strictly Come Dancing and Mastermind.

Both the students and Edwina acknowledged how a confusion and lack of faith in the political system is causing young people to become disengaged. 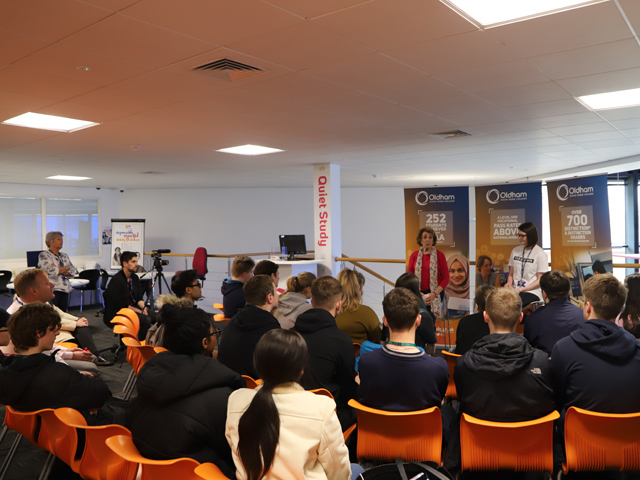 When asked what needs to be done to change this, Edwina candidly answered “Politicians must stick to their promises”.

Edwina also agreed that there is a north/south divide in politics, recognising that decisions made in Westminster are not reflective of the northern population.

This echoed the thoughts of Angela Rayner, Labour Shadow Secretary of State for Education, during her visit to OSFC in March 2019.

The talk concluded with questions relating to gender equality and feminism, which then developed during the smaller workshop, giving students the chance to analyse and evaluate this complex topic.

Students were invited to express their opinions and received valuable feedback from Edwina on how to debate effectively.

Edwina praised the students’ confidence in expressing their opinions and admired their independent thinking.

As a friend of OSFC, Edwina is to visit again in the future to discuss the evolving state of British Politics following the appointment of the next Prime Minister.