You are Here: Home » News » Young gardeners are a class act

Young gardeners are a class act 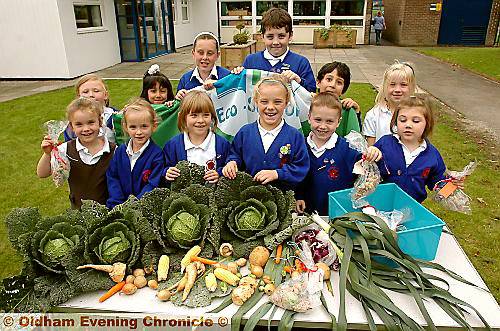 GREEN-FINGERED children who are growing healthy fruit and veg for their classmates have been nominated for a Pride in Oldham award.

On Tuesday afternoons, pupils at Whitegate End School get stuck in at the family after-school gardening club. And their efforts have created a five-a-day garden bursting with healthy produce which is used in the school kitchens.

Sheds and equipment have been provided by parents who have collected a staggering 23,000 vouchers for the Morrisons Let’s Grow gardening scheme.

Materials such as the wooden boards for raised beds have been donated and recycling ensures that the garden, which is used by the community at the weekends, is self-sustaining.

The gardening club is just one of the after-school activities at Whitegate. It is also part of its Eco School work which has earned it national Green Flag award in recognition of its high environmental standards.

Proud head teacher Suzanne Ashton said: “We are absolutely thrilled that we have been nominated for something that the children enjoy doing and encourages them to be healthy.

“It’s testament to the hard work of the pupils their parents who run the gardening club and the staff as well.”