You are Here: Home » News » Business: Training/Development » Training investment slashed by a quarter over 20 years

Training investment slashed by a quarter over 20 years 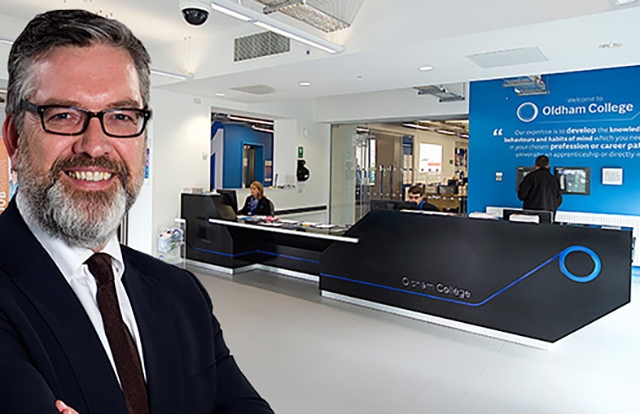 Employers in the UK have cut investment in staff training by 25 per cent over two decades, a post-Brexit business and skills debate heard.

Openness towards immigration, rising numbers of university graduates and a neglect of technical education have allowed British employers to radically reduce their training bills, the event at Oldham College was told.

Author David Goodhart made the observations during a panel discussion about how business, education, training and politics have contributed towards employment and skills challenges and social divisions, which influenced attitudes to the EU and Brexit.

Other factors were said to include government cuts to adult skills training and an almost constant change of politicians at Westminster responsible for skills provision.

The debate, called Oldham and The Road To Somewhere, was held at the college's Grange Theatre and organised by principal Alun Francis.

Oldham College has restructured itself to focus on future jobs growth and runs vocational courses, apprenticeships and services for businesses.

Mr Francis said: “This is a critical time for all of us in national politics and locally with our new Greater Manchester Mayor, and a whole set of challenges for Oldham and other towns like it. The education system may be part of this division or part of the potential solution, so we think it's very important discussion to have.”

Mr Goodhart's new book, called The Road To Somewhere – The Populist Revolt And The Future of Politics, argues that economic and cultural openness in the west has not benefited all citizens.

He said society had divided between people he labeled 'Anywheres' and 'Somewheres'. The former tend to be university-educated to degree level or higher, wealthier and mobile with very weak links to where they grew up. In contrast, the ‘Somewheres’ tends to be non-graduates and poorer, and more strongly connected to their home towns, communities and families.

However he also said the spectrum of UK public opinion is wide and includes many people who have mixed feelings about the pros-and-cons of modern life and Brexit, and sympathies with both the ‘Anywhere’ and ‘Somewhere’ outlooks.

Mr Goodhart argued that the UK, especially in education, politics and economics, needs to be rebalanced by giving far greater weight to the needs, experiences and values of 'Somewheres'.

He particularly criticised the UK's celebration of academic A-levels and degrees while ignoring vocation qualifications such as BTECs.

Furthermore he said the 24 older, elite universities in the Russell Group were recreating class divisions despite the high growth of new universities and ever more numbers of graduates.

He said there was a strong argument for the return of polytechnics and technical colleges to serve local economic and business needs.

For details of its’ apprenticeship and vocational courses, work placements, recruitment and interview services for employers and students, call 0161 785 4330 or email: apprenticeships@oldham.ac.uk