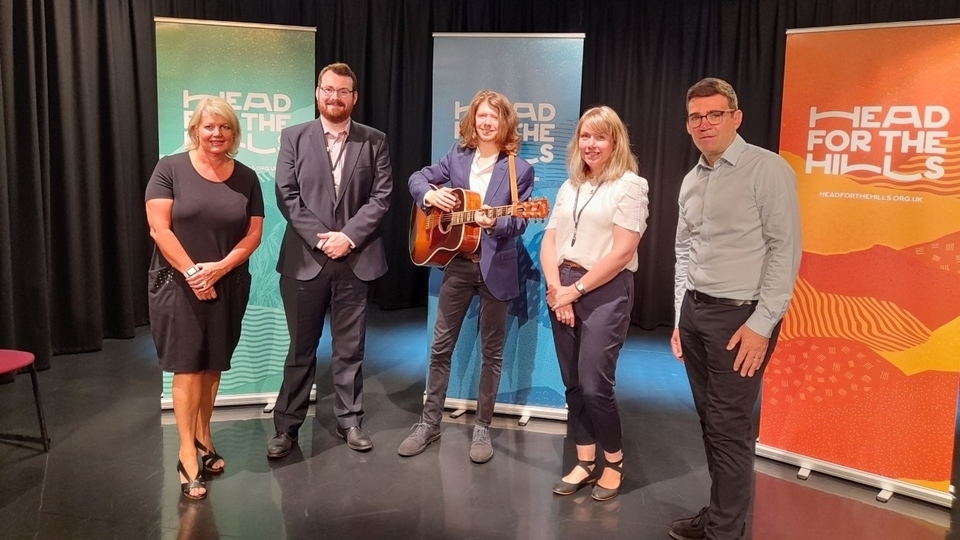 Applications are open to apply to be a member of the new Greater Manchester Music Commission.

One of the recommendations was the formation of a Greater Manchester Music Commission.

Mayor of Greater Manchester Andy Burnham included this recommendation in his manifesto for the May 2021 elections and following his re-election work has taken place to establish the Commission.

It has been a challenging time for the cultural sector and The Met in Bury are supporting the Town of Culture by taking residence at Burrs Country Park from August 27 – September 5 to put on Burrs Live.

Burrs Live, supported by Bury Council, GMCA and Arts Council England, features a host of talent from across the city-region, from Badly Drawn Boy and Everything Everything to Happy, a festival celebrating the life and work of local hero Victoria Wood and will be a highlight of Bury’s time as Town of Culture.

The Greater Manchester Music Commission is now looking for representatives from across the music industry including, artists, venues, promoters, festivals, labels, managers and representative and membership bodies to join the Commission.

It wants to represent a wide range of music genres from rap and hip-hop to classical and jazz, DJs and electronic music to indie, folk and pop.

Commissioners will be asked to:

Identify opportunities to develop talent and audiences within the Greater Manchester music ecology, as well as its prominence, reputation, and success both nationally and internationally

Develop specific actions, interventions and programmes to present to GMCA

Mr Burnham said: “Greater Manchester is a global capital of music, but we must always be wary of trading on past glories and resting on our musical laurels.

"One of the strengths of this city-region is its willingness to bring on the new and that is what I hope this new Greater Manchester Music Commission will help us to do.

“Right now, our 10 boroughs are home to a vibrant music scene, and we recognise the need to do everything we can to nurture it.

"We want to celebrate and champion music of all types from all of our communities and support our music industry at every level.

"There are many players in this and that’s why we will ensure that the Commission represents all of those voices.

“I will take a close personal interest in the work of the Commission and make sure its voice is heard and acted upon.

"It was his drive that helped to bring the Commission and Town of Culture to fruition and his genuine passion for our cultural sector shone through in all the work he did.

"I am grateful for his contributions to Greater Manchester and the work we did together as part of GMCA.”

GMCA would encourage anyone who thinks they fit the bill to be a member of the Greater Manchester Music Commission to apply to be a commissioner.

You can find more information about eligibility and how to apply on the GMCA website here: https://greatermanchester-ca.gov.uk/GreaterManchesterMusicCommission

Applications are now opent and close on Friday, September 10.

Membership of the Commission will be announced in late September and with a first meeting scheduled later in 2021.