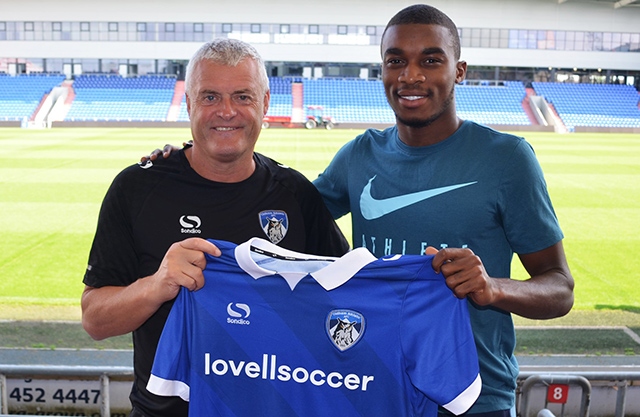 Athletic ended their five-match run without a win as they saw off 10-man Cheltenham 2-0 at Boundary Park last night.

Frankie Bunn’s made hard work of securing their victory – not breaking the deadlock until the final quarter-of-an-hour – but they fully deserved their morale-boosting maximum points haul.

The hosts made a dominant start to the game and could have led through Jose Baxter, who finished tamely after running on to Lang's cross.

Cheltenham went a man down just before the break when striker Sam Jones got involved in a fracas with Baxter and received a straight red card for thrusting his head towards his opponent.

Flinders then made another save from Nepomuceno, diving away to his right when the Curacao international let fly from 18 yards.

The breakthrough finally came in the 75th minute when full-back Rob Hunt crossed to the near post and sub Benteke slid in to convert his first goal in English football from close range.

Athletic, who are now up to 12th in the League Two standings, head to Northampton on Saturday.