You are Here: Home » News » Latics » Rhodes sacked by Athletic 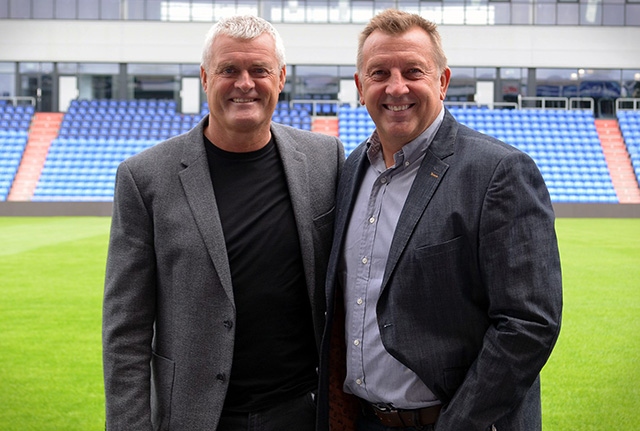 Athletic's assistant manager Andy Rhodes has been sacked after just four months in the job.

The shock move has just been announced by the Boundary Park club.

"The club would like to thank him for his contributions at Boundary Park over the past four months."

Rhodes played alongside manager Frankie Bunn at Athletic in the late 1980s and was part of the starting line-up in the 1990 League Cup ﬁnal.

Following a 15-year playing career in which he made over 400 senior appearances, Rhodes returned to Athletic and worked as goalkeeping coach under Andy Ritchie before working with Joe Royle at Ipswich Town, as well taking in a spell at Preston North End.

Rhodes returned to the club this summer from Shefﬁeld Wednesday where he held the role as Head of Goalkeeping since 2010.

Speaking about the appointment at the time, Bunn said: “I am delighted that Andy is here.

“We’ve both got history here, we’ll both work our socks off and we’re going to try and reignite this place.”

“I was here as a player in the great days with some really good people and I was fortunate to come back with Andy Ritchie and Iain Dowie as goalkeeping coach.

“The next progression in your life is to go the managerial side and fortunately Frank asked me to do that and I couldn’t wait to get here.”

Whether Rhodes is to be replaced remains to be seen.