You are Here: Home » News » Latics » Lyden has no regrets

Lyden has no regrets 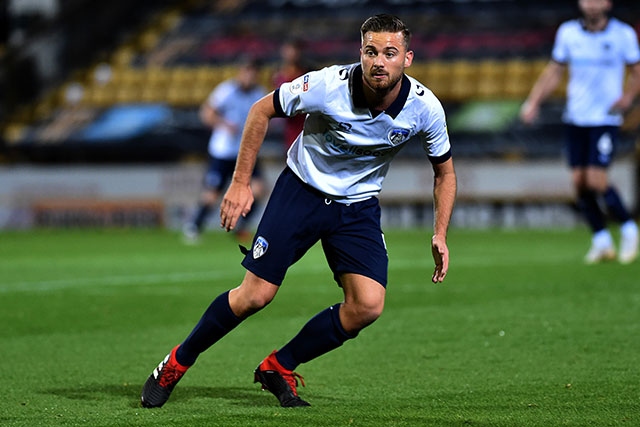 Loan midfielder Jordan Lyden is glad he decided to link up with Athletic after one or two advised him against the idea during the close season.

Lyden (22) is at Boundary Park temporarily from Championship big guns Aston Villa, and he has impressed so far following an injury-interrupted start to his Athletic stint.

“To be honest I’ve been surprised with exactly how many teams do try and get the ball down and play football.

“Some people said to me in the summer ‘oh, you don’t want to go down there’.

“They said it’s long ball football and because I’m a midfielder, it would just go over my head.

“But (manager) Frankie Bunn likes to get the ball down and we have got some really good technical players at the club.

“That’s definitely the way I want to play, so I am really enjoying it here so far.

“It’s really opened my eyes because it is my first loan spell away from Villa.

“Obviously picking up the injury so soon after I arrived was disappointing, but the lads are great here and they’ve helped me settle in.

“I’ve spoken to the gaffer at length, and he’s got faith in me, so hopefully we can all push the club to where we need to be, where it belongs.

“For me personally, I just need game time now.

“Villa have told me that if I get game time here, then we can talk about a new contract when I go back.

“I’d like to stay here for the season, get Oldham promoted and then hopefully I can push on back at Villa from there.”

Born in Australia, Lyden now holds a dual passport as his family have based themselves both there and in the UK ever since.

An Australia under-20 international, he was first spotted by Aston Villa 14 years ago and made his first formative appearance for the Villains at the age of nine.

He signed his first professional contract at the age of 16.

Lyden has lots of qualities, which have clearly impressed Frankie Bunn thus far, and he’s happy to highlight them.

Asked about his preferred role in the team, Lyden said: “I do like to sit in front of the back four, break up play, then hopefully give the ball to the more effective, more technically gifted players.

“At the same time, though, I can grab a goal.

“I pick my times to go forward, but probably my best attribute is my discipline.

“I can sit in the middle of the park, I know my position and my role, and sometimes that’s the main thing you need.

“Hopefully everyone can push forward, leaving me to drop back and guard against the counter-attack, just in case we do lose the ball.

“I’ve spoken to the gaffer about my role in the team of course, and we both know now what he wants from me.

“It’s just about going out there and doing it now.”

Lyden will hope to return to action on Saturday at Stevenage having been absent from Athletic's last three games.