You are Here: Home » News » Latics » Bunn geared up for Lincoln test

Bunn geared up for Lincoln test 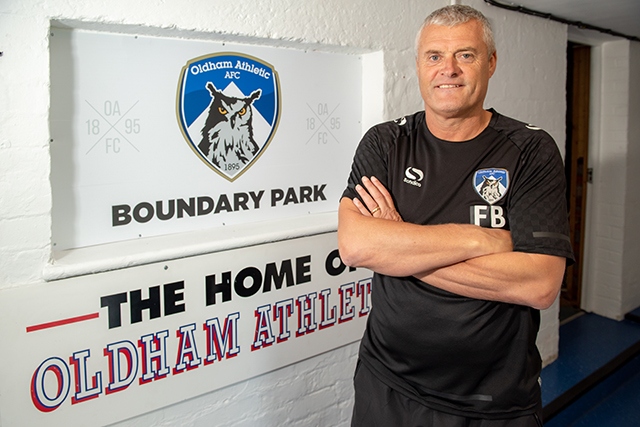 Athletic boss Frankie Bunn is looking forward to his side testing themselves against the current best side in League Two tonight.

Asked about the consistency of both teams heading into the mouth-watering clash, Bunn said: “We get to in and around four/five games and then we have a slight hiccup, but we're asking the boys to respond and take it one further and continue the run we're on.

“We're getting there though, and the results have suggested that, but I'd like to get back to keeping clean sheets and scoring more goals.

“Lincoln are the benchmark at the minute, they're a good, strong powerful team, they're well organised and they will be a tough opposition, but the players want to play against the best, which Lincoln are at the minute.”

Athletic are themselves unbeaten in four matches in league and FA Cup, so there’s no fear in the camp.

Bunn added: “I think anytime is good to play anyone, everyone's confident at the minute, our performances are improving, and we want to play against the best.

“At the minute Lincoln are the best and it'll be a tough game like they all are, every game has its challenges.”

It must be remembered that this Athletic side have only been together since July, and Bunn believes that the Boundary Park faithful will soon start to see the best that this squad can give in the upcoming weeks.

“They're getting there, and I keep on repeating myself but it's the truth, we were thrown together in July and we're only touching December now,” added the boss.

“We're still improving and still getting to know each other, we've never had a settled side because we've consistently had injuries or little niggles here and there.

“Everything's hopefully starting to come together now and hopefully you'll see the best of us in the near future.”