You are Here: Home » News » Latics » Athletic ease into cup third round

Athletic ease into cup third round 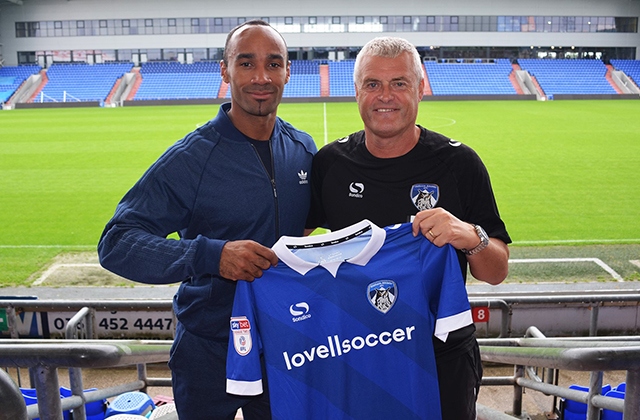 Athletic progressed to tonight's FA Cup third round draw thanks to a well-deserved 2-0 victory at National League strugglers Maidstone United.

Frankie Bunn's side were rarely troubled throughout the 90 minutes at the Gallagher Stadium, and will now be hoping to be pull a plum draw out of the hat this evening.

O'Grady's late solo effort then sealed the League Two side's victory - only their fourth away from home in all competitions this season.

Separated by 32 places in the league, the visitors dominated the opening half after Clarke's opener.

Leading scorer Sam Surridge twice almost doubled their advantage before the break, heading narrowly over on 25 minutes, before forcing Stones goalkeeper Grant Smith to tip his powerful volley onto the bar.

Maidstone's best chances of the opening half came in the final two minutes.

Stones' stand-in captain Jack Paxman cleared Surridge's header off the line approaching the hour mark as the visitors started brightly after the break.

In front of a record crowd for a competitive fixture at the Gallagher Stadium, the hosts almost equalised when Romain's low drive forced a reaction save from Iversen.

However, O'Grady sealed the victory for the two-time semi-finalists six minutes from time with a fine solo effort that saw him turn Will de Havilland before beating Smith from a tight angle.

Substitute Ollie Muldoon hit the bar in stoppage time as the Stones were denied a late consolation goal.