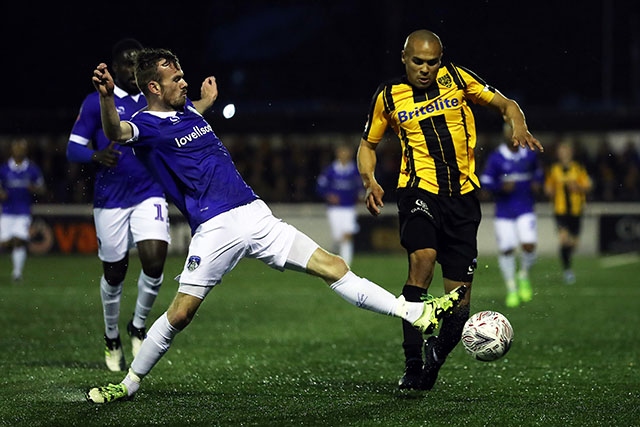 It’s derby day tomorrow, and Athletic will hope to extend their unbeaten run to seven matches as they travel to Rochdale for a second round - or last 32 - knockout tie in the Checkatrade Trophy.

Frankie Bunn’s side made it six without loss in all competitions on Saturday as they won 2-0 at Maidstone United in the FA Cup, and striker and goalscorer Chris O’Grady believes wins like that will only raise the confidence within the squad ahead of future fixtures.

“Winning just breeds confidence, so the more games we win makes us believe we can win the next one,” said O’Grady.

“We've been taking that into our league form recently and it's about seeing where we can get to and what we can achieve in the second half of the season.”

Athletic fans can pay on the gate on the night.

Athletic’s young side had several key players missing through injury, illness and first-team call ups, meaning they had an under-15 striker playing against a strong Bradford side.

They also had to play 87 minutes of the game with 10 men after an early red card.