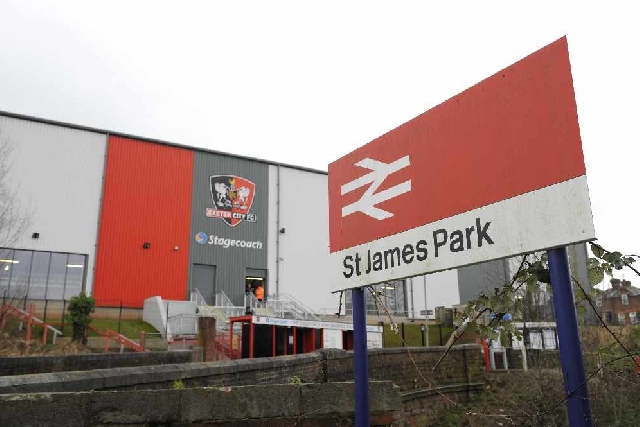 Oldham Athletic’s faint chances of making it into the League Two playoff places are over after they suffered defeat at the hands of another side also vying for a place in the top seven come the end of the season.

Exeter City occupy the final playoff place thanks to a 1-0 win over Latics, ending Pete Wild’s teams’ chances of having anything to play for come the final two games of the season.

In a pulsating contest which pretty much had everything including a wind which caused problems for both sides at times, it was the visitors who had the best early chances.

Chris Missilou and Callum Lang were all denied during the opening moments but Exeter did have their chances as well.

Lee Martin saw his curling shot saved by Oldham goalkeeper Zeus De La Paz, who was in for Daniel Iversen after he picked up an injury, De La Paz was also on hand to save well from Nicky Law.

The two teams went into the break all square with Oldham still within a sniff of leap frogging their hosts, those hopes were dashed midway through the second half though.

Oldham tried to push for a leveller but it wasn’t to come with the final whistle ending the game and their hopes of extending their season beyond next weekend.

The defeat leaves Latics in 13th, seven points outside the top seven with only two games left to play.

Next up for Oldham is a trip to Newport County on Tuesday night (30th April).