A matter of days since Pete Wild walked out on his boyhood club, a whole host of names are now been linked with the vacant managers job at Oldham Athletic along with a former England international defender.

The bookies have started taking bets on who will be the next in the home dugout at Boundary Park and mark owner Abdallah Lemsagam’s fifth manager since taking over at the club in January 2018.

Top of the list at the moment is former England international defender Sol Campbell who’s currently at Macclesfield Town and has impressed since taking on the role, keeping The Silkmen in League Two against all the odds. 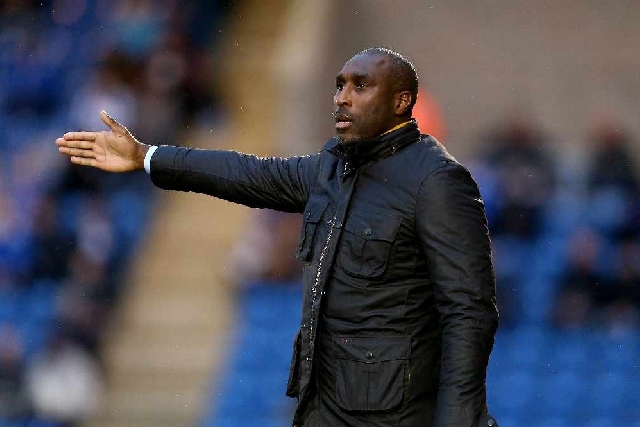 The news also comes days after Macclesfield’s chairman stepped down and the players were reported to be considering a boycott amid rumours that they haven’t been paid.

Other names being linked with the hotseat at Boundary Park include the likes of former Peterborough United manager Steve Evans, Owen Coyle and Harry Kewell who was sacked from Notts County back in November.

The list does also contain a few familiar faces with defender Peter Clarke also being talked about after the club rejected the chance to renew his playing contract.

John Sheridan is also there but it is very unlikely the former manager, who has been in control at the club five times including two stints in caretaker charge, would return as he’s currently in charge at non-league Chesterfield.

Uruguay head coach Pablo Correa is currently the second favourite for the role, a job he’s been linked with before when Frankie Bunn and Paul Scholes got the nod ahead of him. The 52-year old was last in management at the French second division club Auxerre but was sacked in March following a run of four straight defeats.