You are Here: Home » News » Latics » Peterborough bid for Edmundson accepted by Latics 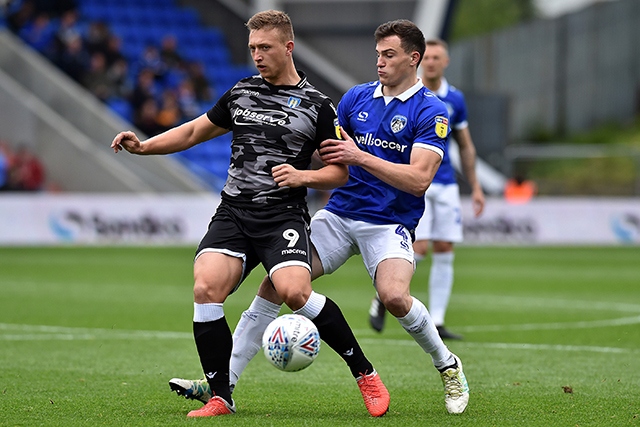 The saga of where George Edmundson will be playing his football next season appears to have taken another twist with the news that Peterborough United have had a bid for the defender accepted by Oldham Athletic.

That’s according to a report in Football Insider which claims the offer, of £600,000, includes a whole host of add-ons for the 21-year old.

It puts the League One club at the front of the queue to acquire Edmundson’s services, a queue which includes the likes of Preston North End, Stoke City and Hull City while Rangers have had three bids already turned down for the centre back, the last of which was for £600,000.

Reports in Scotland suggest the Ibrox club could be about to table a £1 million offer for Edmundson although bosses at Boundary Park are yet to receive that.

The Oldham Evening Chronicle understands Edmundson has told Latics owner Abdallah Lemsagam that he does want to leave this summer but Mr Lemsagam is willing to dig his heels in until he gets an offer he agrees with.

Now the Posh appear to have done just that and will get the chance to speak to the 21-year old, who impressed during 54-games for Latics last season which earned him a place in the EFL League Two Team of the Year.

Edmundson does have a year left on his current contract at Boundary Park with Oldham Athletic due compensation money should the academy product leave next summer.