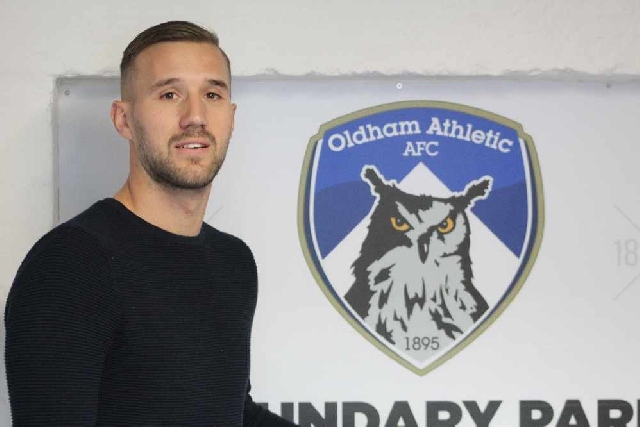 The 28-year old arrives at Boundary Park on a two-year deal having played nearly 100 game for Hamilton Academical including keeping them in the top division last season.

Prior to playing for Hamilton, Woods enjoyed a loan spell at Ross County and was a key member of the squad which won the Scottish League Cup in 2016.

But he hasn’t played his whole career north of the boarder, Woods has also made appearances for Doncaster Roves, where he won the League One title, Watford and Leyton Orient.

Speaking to the club’s official website, Woods said: “"I’m obviously delighted to be here, I’ve been away from the English game for a while now and I had a few opportunities to go elsewhere, but once Oldham got in touch and I spoke to the owners about the vision and what they want to do with this club, it was the right fitting for me.

"I was impressed with everything they had to say, obviously I’ve not been here for a while at the stadium and the new stand looks brilliant, so I’m really looking forward to getting started."