You are Here: Home » News » Latics » Hamer aiming for another confidence boost

Hamer aiming for another confidence boost 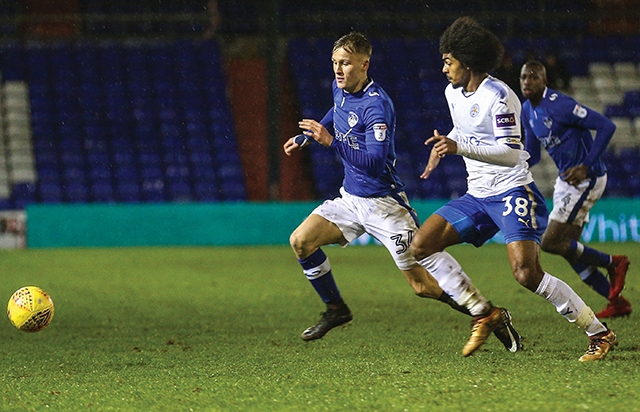 Former Academy graduate Hamer (19) has been a revelation for Athletic since making his first-team debut in January, 2018 against Leicester Under-21s.

He has become an regular feature in the Athletic defence, appearing 35 times in all competitions last season.

“I think that the more games that I play the more experience I’ll get and the better I’ll become as a footballer which is the main thing,” said Hamer.

“I’ll try and get as many games as I can which will boost my confidence up on and off the pitch and see where it goes from there.

“Last season didn’t go how we want, that’s why we’re going to push for promotion this year, but my target is to get as many games as I can and maybe some more assists and goals.”

Hamer has enjoyed the pre-season so far after linking up with all the new signings and Head Coach Laurent Banide.

He also shares a special bond with fellow Athletic academy products such as Jamie Stott, Harry Robinson and Javid Swaby-Neavin.

“I know a few of the lads that have also come through the academy as well, so I’m good friends with them,” added Hamer.

“I’ve gotten on with the new lads that have come in, we’ve been to Morocco and got to know them, so it’s a good thing to be staying.”