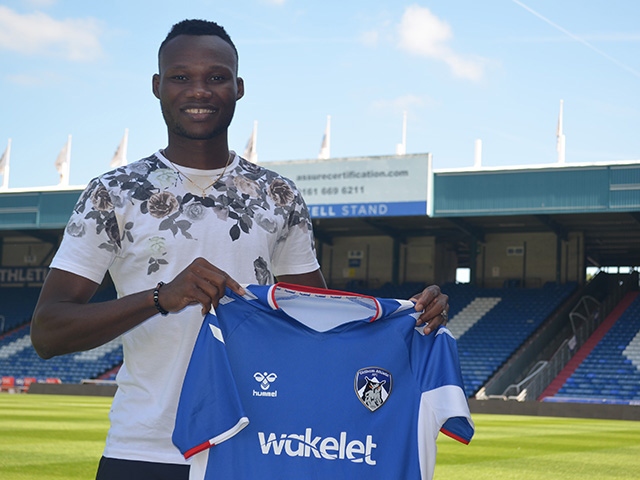 Athletic have signed Desire Segbe-Azankpo on a one-year-deal, with an option for a further year.

The striker spent last season at Slovak club FK Senica, where he made 29 appearances and scored six goals.

Azankpo began his career at French side FC Metz, before he left to join AS Jeunesse d'Esch in Luxembourg.

The 26-year-old has represented Benin five times and was part of the Benin squad in the 2019 African Cup of Nations.