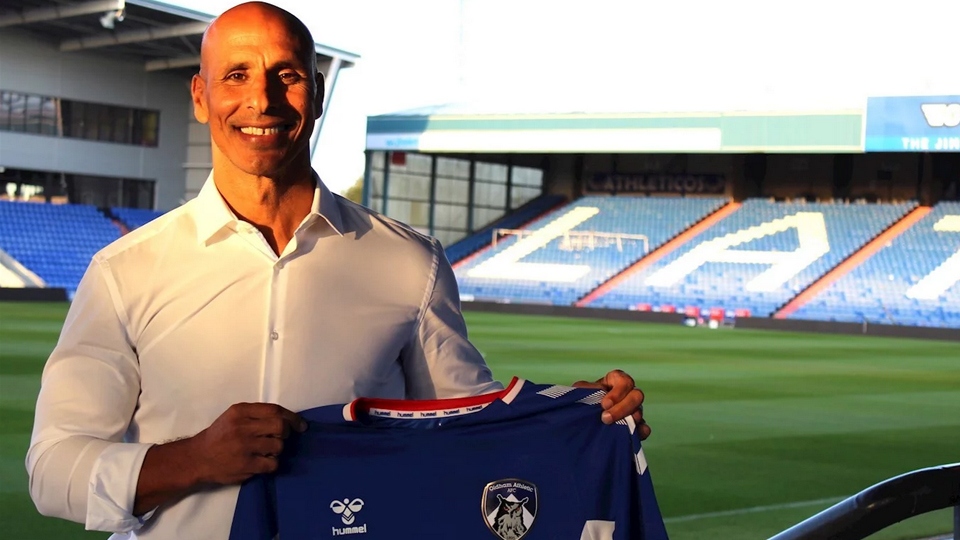 Last night proved to be a dramatic one at Boundary Park as Latics dumped one gaffer in Laurent Banide and appointed another almost immediately - Dino Maamria.

Banide was only appointed to the Boundary Park hot seat in June.

A surprise appointment at the time, Banide (51) only presided over one league win this term (at Cambridge) from nine games so far, and the club currently languish in 21st place in the table.

That clearly wasn't satisfactory enough for the club board, so they have now turned to Maamria, a former Southport and Nuneaton boss.

"The vision and ambition of the chairman was a big factor and the first priority is to stabilise and unite this great football club."

Banide had two brief spells as head coach at Monaco and has also had spells in charge of numerous clubs in the Middle East.

He took over at Boundary Park in the summer after Pete Wild's second spell as caretaker ended at the end of last season.

Wild got the job after Frankie Bunn was sacked in December 2018 and again after in March of this year.