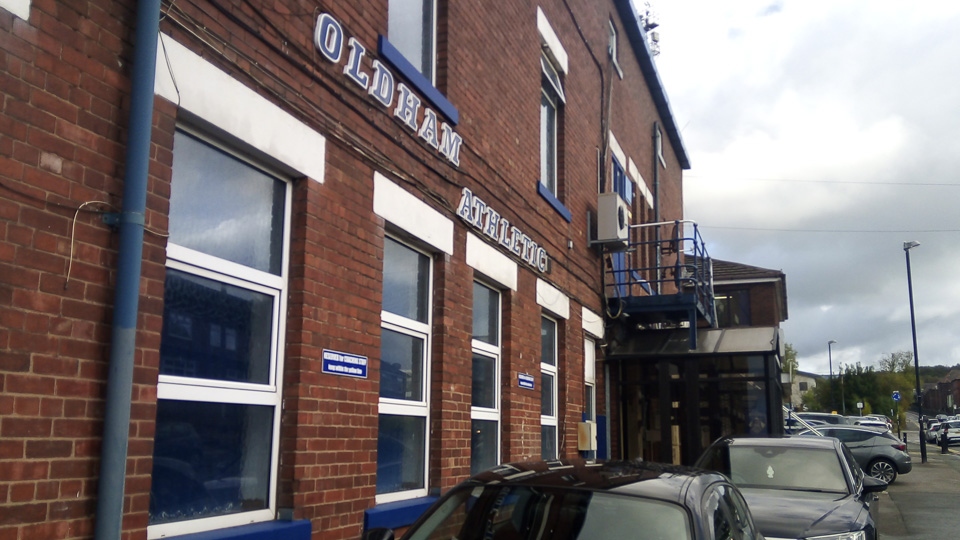 After Saturday's 2-1 home comeback win against Crawley Town, Latics moved to a season-high 19th place in the fourth tier, and though that might not be too much to shout about at this stage, the team are undoubtedly in good nick right now.

Latics have lost just once in their last seven league matches, ahead of the Boxing Day trip to third-bottom Morecambe and Sunday's home derby clash against Salford City, when the campaign's half-way point will be reached.

Maamria said, "We had a good weekend after beating Crawley of course, but these next two are really huge games for us as well.

"We are looking much better, though.

"We're currently seventh in the form table too, so that's a huge turnaround.

"We've got some good games coming up now - Morecambe away and then Salford and Scunthorpe at home.

"We know we're capable of winning any one of those games.

"We'll continue to take it one game at a time, but as I see it the possibilities in the second half of the season can be endless.

"My job since coming here has always been to get the players fitter, well organised and motivated.

"We're picking points up, so it's important that we just keep doing that.

"We want to finish 2019 as strongly as we possibly can, then with one or two quality additions in January, we'll see just how far we can go."

The 500 or more Latics fans travelling to Morecambe on Boxing Day will be hopeful of another victory of course, though the Shrimps have improved significantly since Jim Bentley quit early in November, and Derek Adams took over.

Morecambe secured an excellent 2-1 home win against Newport County at the weekend.

"It's going to be a good game for us," added Maamria.

"It's a local-ish derby and Morecambe will be up for it.

"They've done well under the new manager, so both teams will go into the game on a high.

"I just want to make sure our players put in a good performance for all our fans who will be making the trip up there."

After the Morecambe and Salford clashes, Latics host Scunthorpe on New Year's Day, before making the trip to Cheltenham Town on Saturday, January 4.