You are Here: Home » News » Latics » Another year of ups and downs at Boundary Park

Another year of ups and downs at Boundary Park 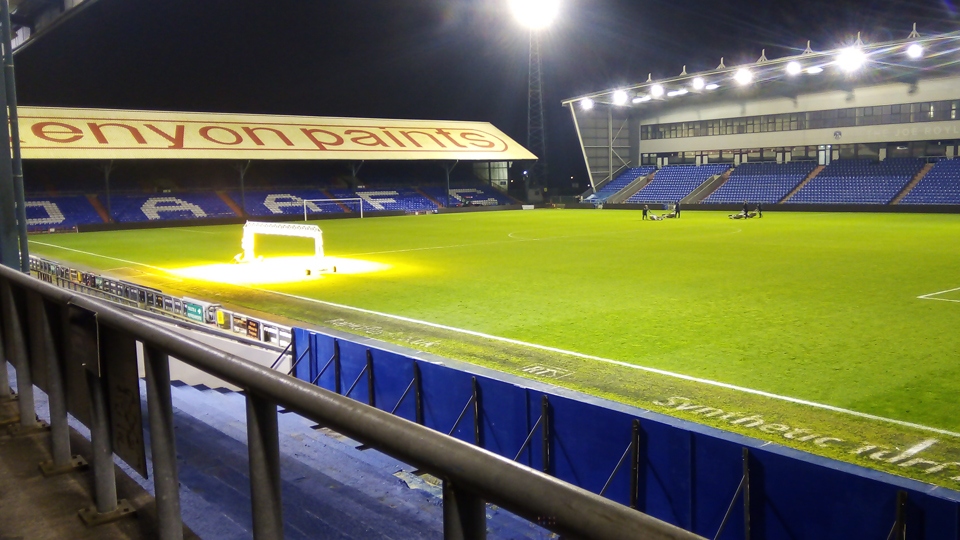 It's been another year of ups and downs at Boundary Park

It's been another unforgettable 12 months of football activity down at Oldham Athletic, but those memories will not all turn out to be cherished ones.

The year 2019 definitely did kick off on a mega high for the Boundary Park outfit - who will ever forget the unbelievable FA Cup victory at then Premier League side Fulham?

Latics were languishing in mid-table in League Two – the fourth tier of English football – but with Pete Wild in caretaker charge of the team following Frankie Bunn’s sacking on December 27, 2018, the trip to Craven Cottage on January 6 perhaps didn’t look quite as daunting.

Latics had already won at Port Vale and at home against Notts County in the league under Wild’s temporary charge, but what was to follow at Fulham was to thrust the Boundary Park club right into the national spotlight.

Going head to head with Fulham’s legendary Italian manager Claudio Ranieri on the banks of the River Thames, Wild – still only 33 years of age - somehow inspired Latics to a shock 2-1 third round victory, and the whole town of Oldham appeared to be in dreamland.

Wild and his Latics team lapped up the adulation and the sharp focus after such an epic victory, but sadly the euphoria soon died down.

They didn’t win any of the four following games and in the next stage of the FA Cup, they exited 2-1 at Doncaster thanks to a devastating last-minute Rovers winner.

Wild signed off in mid-February with a thumping 3-0 win at Crawley, and in came former Manchester United and England legend Paul Scholes to take the managerial reins after a lengthy pursuit by club chiefs.

Again the club’s fans were handed a significant boost it would seem, but after an opening 4-1 home win against Yeovil, Latics fan Scholes’ tenure in charge turned out to be little short of a disaster.

In six further games at the helm, Scholes didn’t secure a single win, and quit after only 31 days, citing interference from the hierarchy as his main reason for his departure.

Fans’ social media channels went into meltdown, but the club turned immediately back to Wild again and four wins and two draws in the next six matches brought a swift upsurge in mood once again.

Latics concluded the 2018/19 season in 14th place in the League Two table, but though the inspirational Wild was offered the manager’s job permanently in the summer, he walked away from Boundary Park citing personal reasons, and he’s now enhancing his reputation still further as boss at National League high-fliers Halifax Town.

Since then, the first half of the 2019/20 campaign has proved to be a bumpy ride both on and off the field for Latics, with fans’ groups Trust Oldham and Push the Boundary in particular, becoming increasingly vocal as they protest at the running of the club as a whole under owner Abdallah Lemsagam.

Unknown Frenchman Laurent Banide was appointed manager just before the current campaign and that proved another disaster.

He was fired by mid-September after securing just one win, with former Stevenage boss Dino Maamria coming in as his immediate replacement.

After a year began with such fire and optimism and that never-to-be-forgotten day at Fulham, 2019 has ended with anger, some fear, and plenty of uncertainty swirling around Boundary Park.

Listen on ITunes and Spotify, or via the links on the Chronicle website.