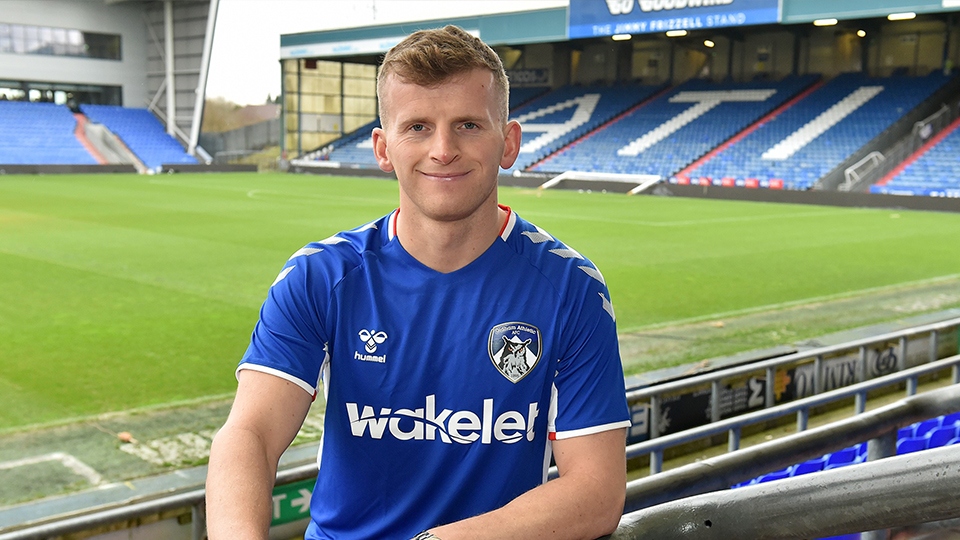 Striker Danny Rowe has signed for Oldham Athletic from AFC Fylde, on an 18 month deal, for an undisclosed fee.

The centre forward joined the Coasters in 2014, and netted 35 times for them in his first season.

The following campaign, the 30 year old finished top goalscorer, with 31 in all competitions.

In the 2016 - 17 season, Fylde finally secured promotion to the National League with Rowe impressively scoring 48 goals in 49 games.

He also won the National League North Player of the Season award.

During the Coasters first season in the National League, he scored 24 times in all competitions as well earning the Player of the Year award.

He continued his remarkable goalscoring record into the 2018 - 19 season, this time notching up 27 goals and he won the Golden Boot as well as retaining Player of the Year award.

Prior to his time at AFC Fylde, Rowe began his career at Manchester United before being released and going into non-league.

He joined Fleetwood Town permanently in 2010 before enjoying a loan spell with Droylsden, scoring 12 in 23 games.

The forward then arrived at Edgeley Park and netted eight goals in 15 matches for Stockport County.

He will wear the number 56 shirt this season and could play at the weekend.