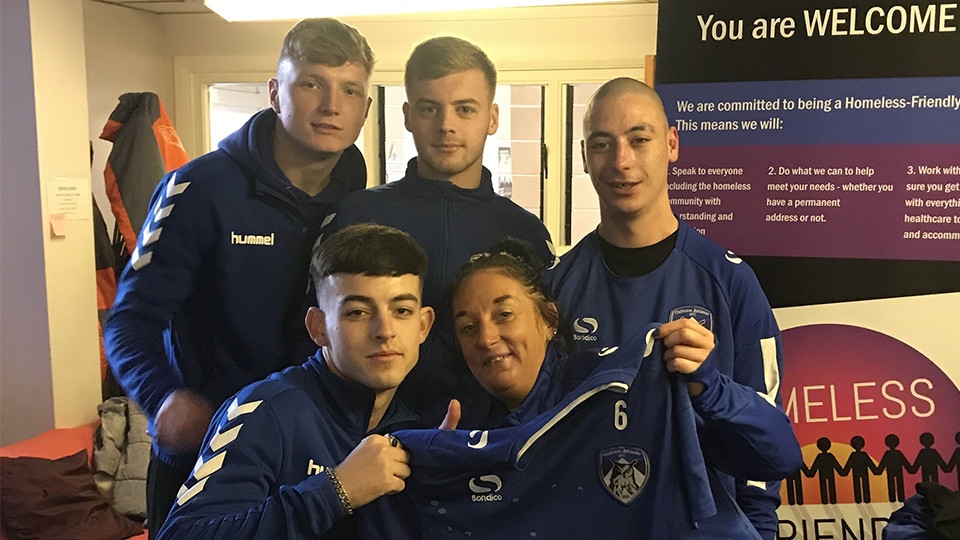 Oldham Athletic Football Club have continued their support of the Homeless Friendly Charity by donating all of last season's playing kits to the Charity.

The club handed over dozens of boxes filled to the brim with shirts, joggers, socks and shorts to the charities founder, Dr Zahid Chauhan. On receiving the donation, he said: “The fact that OAFC decided not to sell these kits and donate them to Homeless Friendly, it’s amazing! That's exactly the culture shift we talked about when we set up the Charity.”

Managing Director, Natalie Atkinson, cemented the League Two Club’s commitment to Homeless Friendly by saying: “It’s really important to me that homeless people don’t see this as just a football club. It’s more than that.”

Shortly after receiving the donation Dr Chauhan confirmed that it would be gifted to Oldham's Street Angels.

He revealed: “Being a local Club we decided to pass the donation onto one of our local partners.” 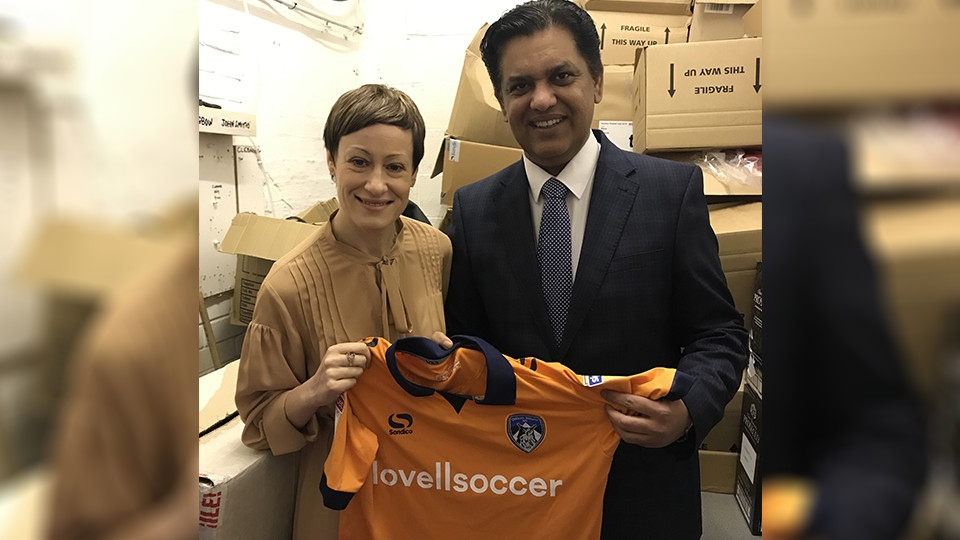 The Street Angels offer support over a brew at their hub on Hunters Lane in Oldham Town Centre. Here, rough sleepers will get the opportunity to pick which items they wish to take from the generous donation.

The Latics are the first football club that have pledged to become Homeless Friendly and Natalie believes that the initiative truly resonates with the Club's core values.

She explained: “As an organisation we’re more than just football. We have a huge community programme and this is about us as an organisation, and as a football club, giving back.”

Players from The Latics Academy Lewis, Kyle, Ellis and Deano with the support of Jason took the donation to The Street Angels.

The Reverend Canon Jean Hurlston who is the founder of The Street Angels was overwhelmed by the generous donation.

Local people who are homeless were also present and were keen to don the colours of the local team.