You are Here: Home » News » Latics » Kewell urges his team to 'tighten up' ahead of Bolton clash

Kewell urges his team to 'tighten up' ahead of Bolton clash 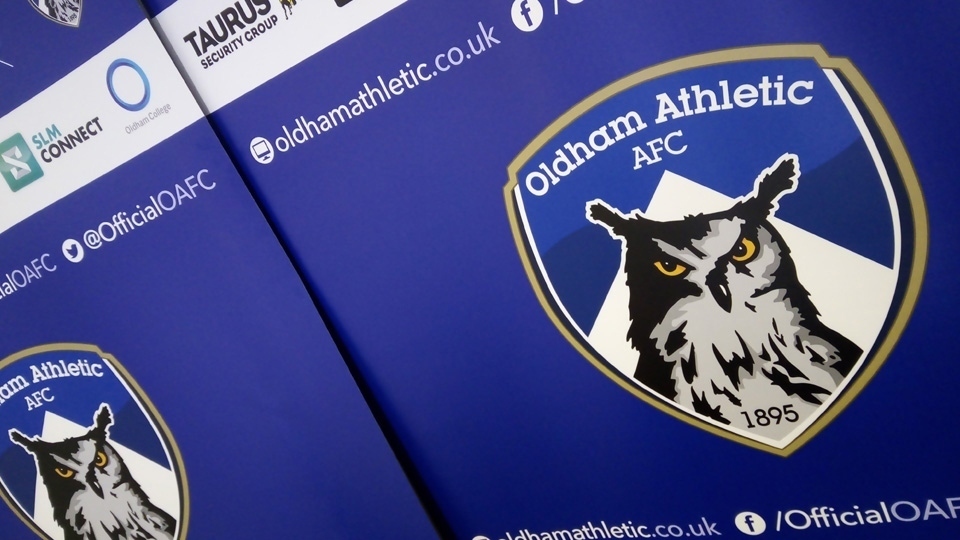 Harry Kewell is demanding that his Latics team 'tighten up' in a bid to stop shipping goals which are costing them dearly.

It's been an awful start to the 2020/21 campaign, and one point from their opening five League Two games means Latics currently sit at the bottom of the table.

Kewell needs victories and points sharpish, and tomorrow's trip to local rivals Bolton is being seen as a 'perfect' opportunity to put down something of a marker.

Kewell, whose side have lost all three of their home league games so far this term, said: "It's two clubs who have had great success over the years going head to head tomorrow, but they have both gone through a bit of turmoil and are trying to pick themselves up again.

"Bolton are in a bit of sticky situation, the same as us, but they have been playing some fantastic football without getting the results, again the same as us.

"It will be a tough test, but we're definitely ready for the challenge.

"Both clubs are going through transition.

"There's a new manager there, and here, there's new ideas, new systems, so it does take time.

"I'm very confident to say that both clubs won't be down in these areas of the table for long, but we need to do the basics of football and we all need to work hard.

"That's especially for us. If we can keep that consistency going that I've seen in certain games, we should be allright.

"Anyone who will have seen our games will see a few weaknesses.

"I'm studying them and looking at them and we have given away poor goals, hopefully we can start to eliminate them.

"At the moment I can't accept the way we are defending and we have to tighten up.

"We are scoring goals, but I want us to be able to go out there and enjoy our games, and not be chasing like we have been so far this season.

"I believe the Bolton game is perfect for us right now, though.

"It will give us the chance to see exactly where we are situated in the league."

Kewell looks likely to be busy today (Friday) in the run-up to the domestic transfer deadline at 5pm, though he is clearly keen to keep his cards close to his chest for now.

The Australian said: "It is an interesting time.

"We're looking at players and we have players in mind, and there are free agents out there that you can nick.

"It's just a hold-off at the moment really. Players are looking at situations, but the ideal player you want to come in is just someone who wants to play football.

"I'm looking at players who want to come in and make a difference, not someone so I can just say 'oh, I've signed a player'.

"I want hungry players in here, players who want to fight for this club and fight to get us where we should be."

On the team news front ahead of tomorrow's trip to Bolton, Kewell has a number of concerns.

Andrea Badan is definitely out with a hamstring injury, while Cameron Borthwick-Jackson and goalkeeper Ian Lawlor are rated as doubtful.

Leeds loanee Alfie McCalmont needs to be assessed as he has been away on international duty with Northern Ireland.

5pm Friday latest: Latics announce the signings of Brice Ntambwe and Laurence Bilboe, both on one-year deals with options.

Ntambwe is a 6’2” defensive midfielder and joins after a successful trial this week.

The Belgian was most recently at Macclesfield Town but started his career in England with Birmingham City.

Bilboe will add competition for the number one spot.

The 22-year-old shot stopper joins after his release from Rotherham, where he spent six years.