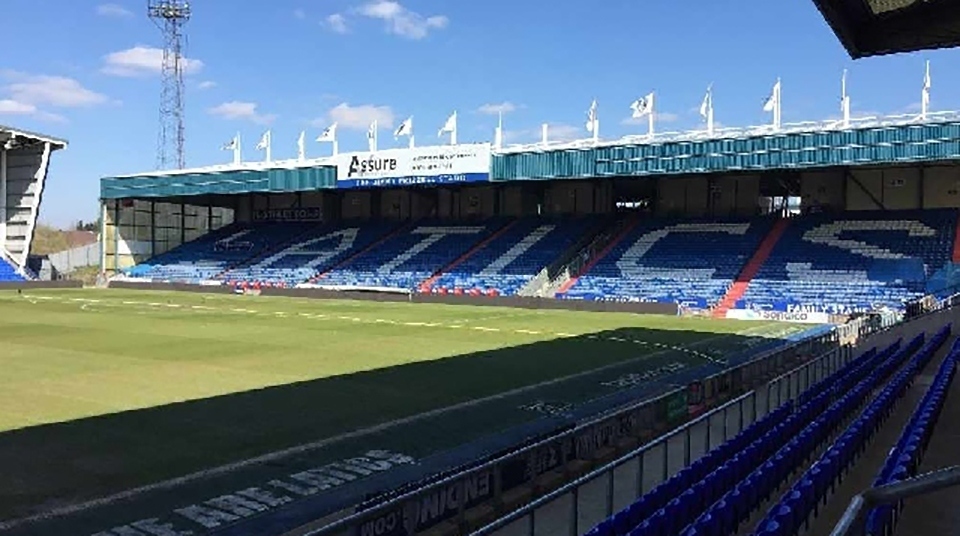 Harry Kewell cut a frustrated figure after his Latics side were beaten 1-0 at home by Keith Hill's in-form Tranmere at Boundary Park last night.

The hosts failed to build on their excellent recent form - Latics had won their previous League Two matches on the road and six of their previous seven in all competitions.

However, Rovers headed back to Prenton Park with maximum points last night.

“We were sloppy and gave the ball away too cheaply.

“Fair play to Tranmere, but I didn’t think they caused us too many problems.

"We knew exactly how they were going to play and what strength they had.

“Unfortunately, I thought they had a helping hand.

"I don’t understand it – and they wonder why managers and players get angry when there are clear fouls not given.

“Two hands were put on the player and he went to ground. I don’t understand it.

But I think he (the referee) realises.

“We had possession but didn’t really penetrate.

"We didn’t have enough desire to get down to the byline and cut the ball back.

"I don’t think their goalkeeper had too much to do though, to be honest, even though we had the majority of possession.”

James Vaughan headed the only goal of the game in the 27th minute, rising highest among a crowded penalty area to plant home beyond Latics 'keeper Ian Lawlor.

The deserved victory was Rovers’ fifth straight success in the league and new boss Hill’s third in a row since taking over.

Latics had gone close to opening the scoring in a feisty clash when Danny Rowe curled in an inviting cross with his left foot which was met by the head of Ben Garrity, who was unlucky to see the attempt drift narrowly wide.

Vaughan’s strike, which came from a Liam Feeney cross, put the visitors ahead and they nearly doubled the lead in the 71st minute when Feeney’s free-kick was headed off the line by Dylan Fage.

Latics return to League Two action on Saturday when they travel to Cambridge United.