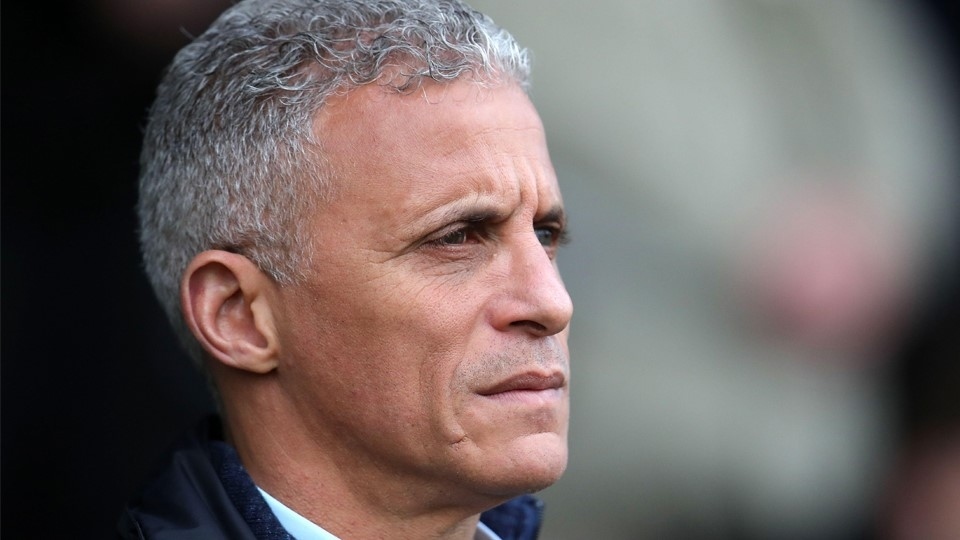 Oldham Athletic’s new head coach is still in search of his first win at the helm of the Boundary Park club after suffering injury time heartbreak at Scunthorpe United.

All seemed to going to plan for Latics to collect all three points away from home when Alfie McCalmont gave them the lead just three minutes after halftime.

After a first half dominated by the home side, McCalmont fired in his sixth goal of the season through a host of bodies in the penalty areas after the Iron could only half clear a corner.

However that was to be, pretty much, the only highlight for Oldham as Scunthorpe regained control and nearly drew level as Jordan Clarke tried to catch Latics keeper Laurie Walker napping with a stinging shot from just outside the area, but the goalie was able to stand firm.

Walker would be called upon once more moments later, blocking a powerful shot from Kevin Van Veen.

15 minutes from time Walker was nothing but a spectator as Devarn Green saw his 20-yard effort come back off the crossbar.

It looked like the home side would be left scratching their heads as the game went into injury time, but one last attempt proved to be one too many for Oldham to repel.

Junior Brown swung the ball into the penalty area from out on the left side with Jordan Hallam sliding in to fire home, grabbing a point for the home side and breaking Latics heart right at the death.

The draw leaves Oldham 17th in the League Two table, 11 points off the bottom two and 15 away from the playoff places.

Next up for Latics is a trip to Bradford City on Saturday as Keith Curle’s quest for his first win continues.