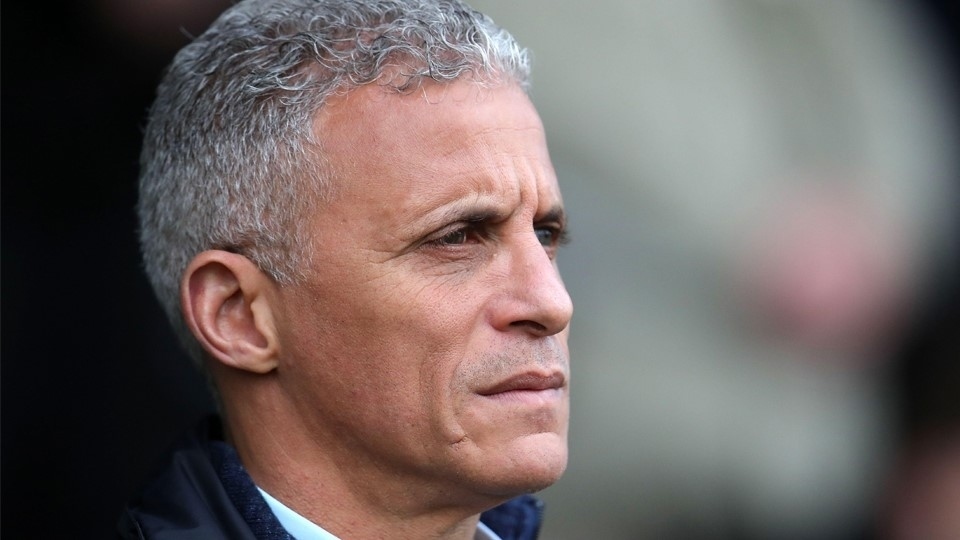 Keith Curle saluted the desire shown by his new team as he finally sealed his first win as Latics boss last night (Tuesday).

Latics withheld some fierce late pressure from opponents Exeter at Boundary Park as the hosts registered a 2-1 victory against the promotion-chasing visitors.

A first senior goal for Kyle Jameson and a thunderbolt from loan star Alfie McCalmont proved enough to grab maximum points for the first time in seven games.

“I’m really pleased for the lads because overall,” said Curle, after finally bagging a win in his fifth game since taking over from Harry Kewell.

“That type of performance typifies the qualities that you need if you are to get good, positive results against top teams in this division.

“It’s not always about trying hard to dismantle teams, it’s more about the quality in and out of possession, and I thought we showed plenty of that.

“The lads showed lots of what I asked for, and what I’ve been asking for since I came here.

“Maybe we need to attach a bit more importance and pay more attention to set-pieces.

“They are what get you the rewards, and that’s proved to be the case tonight.

“There was understanding and real desire out there too.

“Again, they are things that offer you the potential to gain rewards, and that’s just what happened tonight against a quality Exeter team.

“I’m delighted for Alfie (McCalmont) too. He used great technique for his goal.

“He was exactly where he needed to be when the ball came to him, and he produced a composed finish.”

The Grecians went close early on when Matt Jay rose to meet Jake Taylor’s cross, only to glance a header over the top.

Just before the half-hour mark Exeter midfielder Nigel Atangana planted a free header over the top.

Latics had been second best, but they went in front in the 35th minute.

Skipper Nicky Adams swung over a super cross for defender Jameson, and he headed home his first league goal powerfully.

Shortly after the restart Latics ‘keeper Laurie Walker produced a brilliant save to push Archie Collins’ shot onto the crossbar.

However, Curle’s men hung on to seal a notable win.

Latics are back in action on Saturday when they travel to Leyton Orient.