You are Here: Home » News » Latics » Latics boss Curle - 'it's about roles and responsibilities'

Latics boss Curle - 'it's about roles and responsibilities' 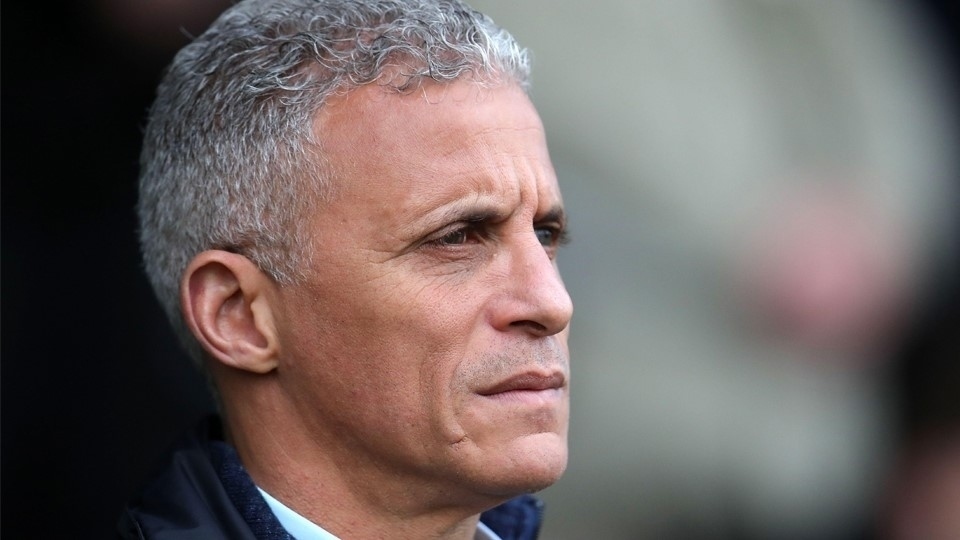 Latics boss Keith Curle has demanded more from his team as they gear up to face Colchester United at Boundary Park tonight (Friday, 7pm kick-off).

Curle has admitted that many of his squad are 'playing for their futures' over the course of the remaining six games of a largely disappointing League Two campaign.

He has also acknowledged that this season appears to have been another huge learning process for the young squad he has taken on since replacing Harry Kewell as manager last month.

“Players need to be accountable for what their job is, and there’s times when we’re in possession and I want us to be an attacking team.

“Our ball retention needs to be a bit crisper in the final third, but overall I still think there’s more goals to come from this team.

“These players care, and they want to do well.

“I’m not a massive believer in statistics, but they do tell you a story.

“Last week against Stevenage I think we had just over 700 league appearances in our starting XI and something like 450 of those were made up by Nicky Adams.

“Stevenage were well into the 2,000s, so having that bit more experience within a squad does help.

“We’ve got a number of young players who are just starting off their careers, and the best place for them to learn is on the pitch.

“It’s been a big learning curve over the past weeks, but their attention to taking on board information from me hasn’t dented their enthusiasm, and I’d like to say, their confidence.”

Dylan Bahamboula should feature again tonight as he made a starring return from Congo duty on Monday in a superb 4-1 win at Crawley Town.

“After the break Dylan had for international duty, I thought it was important that he came back and got 90 minutes in," added Curle.

Curle will hope to bag his third win since taking over at Latics later, while Colchester - who are just five points above the drop zone as opposed to their hosts' 12 - have endured a rotten run of results of late.

The U's - under recently-appointed boss Wayne Brown - have won just once in their last 24 matches.