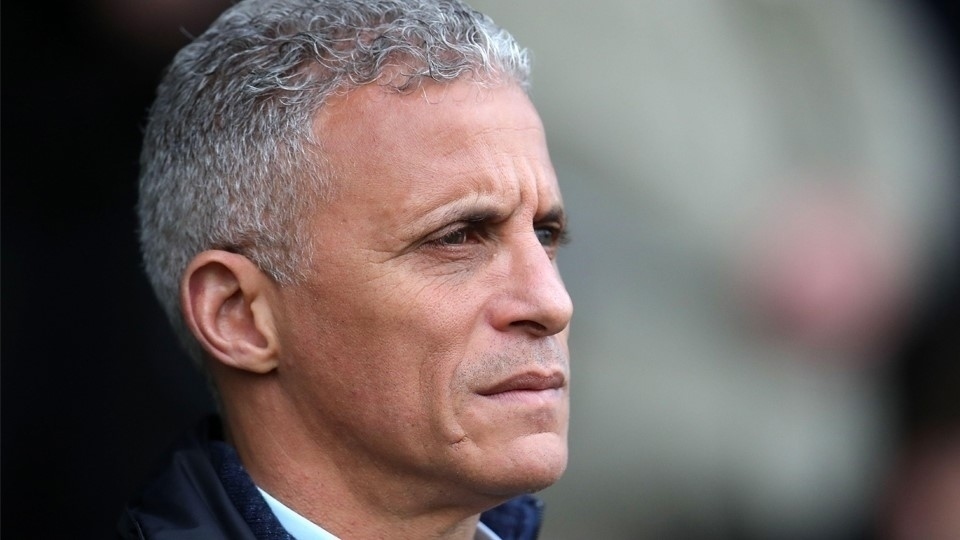 Keith Curle had some harsh words for his Latics players following Saturday’s thumping 4-1 defeat at his former club Mansfield.

Latics’ final away game of a largely disappointing 2020/21 League Two campaign proved a dismal one as the Stags - Curle’s former club - could easily have scored more goals.

Curle kept his current set of players locked in the dressing room for almost an hour after the drubbing.

He later told the Mansfield Chad: “I pride myself on being honest, up front and transparent as a representative of the football club.

“So, with that comes the necessity to be honest and that group of players in there, as a collective, need a lot of work doing to go on the journey to where this club has aspirations to go.

“There is a softness about the group that needs to change.

“If players are not able to consistently put performances in, they won't go on that journey with us.

“They will have to find another football club to go and put in mediocre, average performances that they feel are acceptable.

“It's quite easy for players to look down and disappointed with sad eyes. It doesn't impress me or blag me either.

“You should show disappointment out there over the 90 minutes, not in the changing room where it's easy.

“We have a changing room saying all the right things, but they don't do them.

“Wherever I've been I am accountable for the players and I never hide behind it or shy away from it.

“When players do well I make sure they get all the credit. When things don't go well it's me.

“That's a deal I like as I know I improve players.”

Curle added: “I know what needs to be done and I am not afraid of change.

“I have improved every single club I have been at.

“There is a lot at this club that doesn't need changing.

“The structure of the club is very good.

“But some things do need to change.

“If you keep doing the same things and expect results it's a sign of lunacy.”

Tyrese Sinclair broke through on 12 minutes, slotting home low from the left from Reid's pass after George Maris had won the ball.

Lapslie made it 2-0 on 38 minutes, helping a firm low Stephen McLaughlin cross from the left into the net from close range.

Home goalkeeper Aidan Stone's only work was of his own making on 17 minutes as his poor kick saw Zak Dearnley in on goal, but his poor touch allowed Stone to deny him with an outstretched leg.

But on 51 minutes, as Ryan Sweeney tried to shepherd a forward ball back to Stone, the keeper failed to hold as he dropped on it and the chasing Dearnley was able to roll the loose ball home.

Walker again thwarted Reid with another good save on 72 minutes, before Lapslie made the points safe with 10 minutes remaining with another close range tap-in after Maris had swept in a fine far post cross from the right.

Reid made it 4-1 with two minutes remaining pouncing with a follow-up after Walker had parried a shot from Jamie Clarke.

Latics bring the curtain down on their season this Saturday when they host a Forest Green side who will be fighting to seal a play-off place.