You are Here: Home » News » Latics » Latics sink to another home defeat on the final day of a dismal season 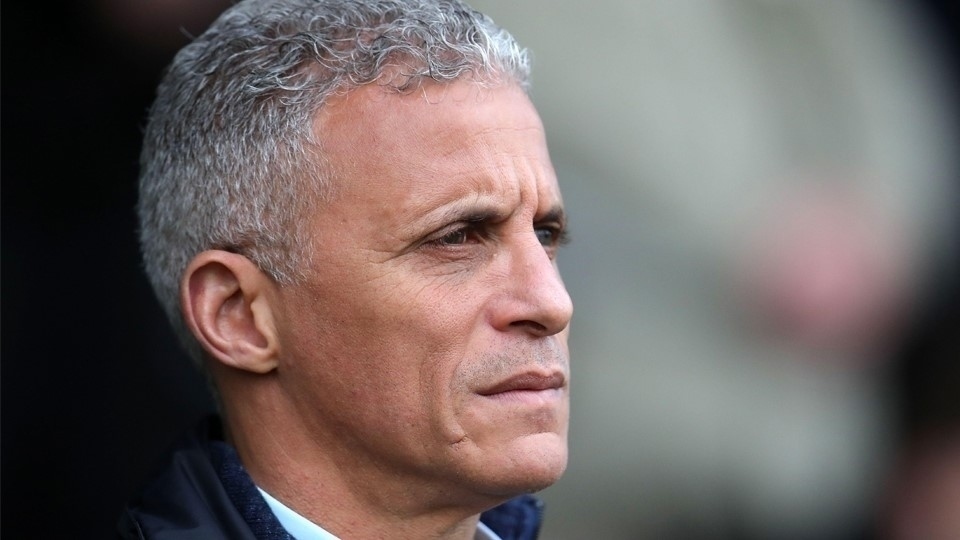 Latics boss Keith Curle aimed a swipe at his players again at the weekend after his team were thumped 3-0 at home by Forest Green on the final day of the season.

It’s been a largely miserable campaign again for the Boundary Park outfit, who lost 15 out of their 23 home games in League Two in 2020/21, and closed in a dismal 18th place in the table.

“We wanted to end the season on a real high, but it just didn’t happen that way,” groaned Curle after Rovers sealed their place in the play-offs.

“We’ve talked about it a lot, but we just keep making mistakes that cost goals, and silly mistakes at that.

“I can try and change the players, but it’s not always as easy as that.

“This club has got a long way to go to get back to where it should be.

“The culture and the ethos of this football club needs changing.

“Once again, the whole dressing room have let this football club down, and that’s not good enough.”

Rovers looked edgy in the opening half-hour, but they almost struck when Odin Bailey’s angled effort only just cleared the crossbar.

Just before the break Callum Whelan sent Fage through one-on-one against Rovers’ ‘keeper Luke McGee, but the Latics wide-man dragged his shot wide.

Two minutes later the lead was doubled when Collins turned provider for Bailey to side-foot home from eight yards.

Carl Piergianni almost halved the hosts’ deficit in the 76th minute, but his header was superbly palmed round the post by McGee.

Collins’ solo effort made it three as he ran from his own half before eventually slotting past ‘keeper Laurie Walker.

Curle is reported to be still in talks with the Latics hierarchy about whether his stay at Boundary Park will be extended into next season.

Since Curle took over from the sacked Harry Kewell in early March, Latics have won just four times in 14 games.