You are Here: Home » News » Latics » Curle swoops to sign FIVE new players in one day

Curle swoops to sign FIVE new players in one day 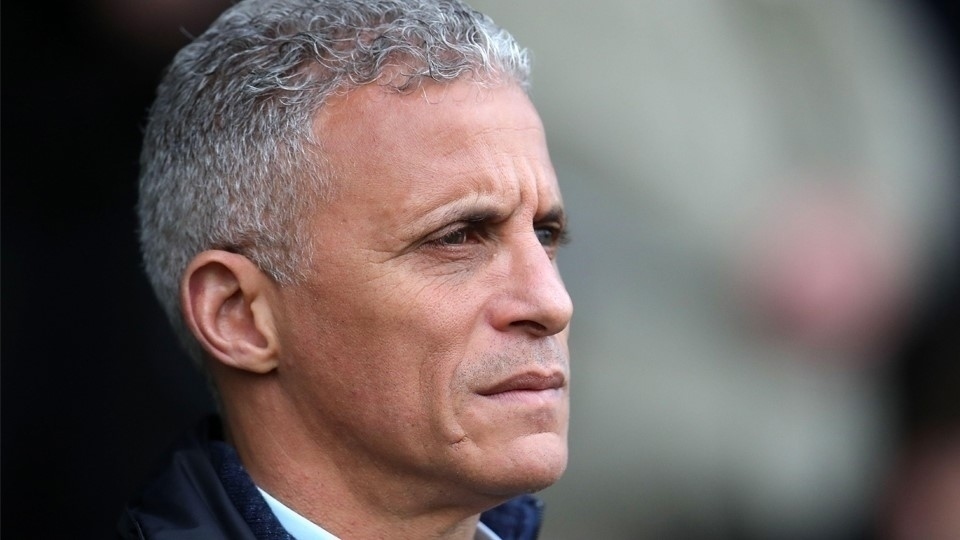 With the club gearing up for another campaign in League Two, Curle’s first business of the day was to snap up forward Hallam Hope on a one-year deal with an option.

Most recently, the attacker was in Sky Bet League One with Swindon Town after playing a role in the club’s impressive promotion as champions in the 2019/20 season.

Curle knows 27-year-old Hope very well after taking him to one of his previous clubs, Carlisle United, initially on loan before making it a permanent deal.

Whilst at Brunton Park, he managed to net 31 goals and finished as the club’s top goalscorer in the 2017/18 season.

Hope has represented England at U-16, U-17, U-18 and U-19 level, before proudly being called-up to the Barbados senior squad where he’s scored four goals in six games.

Hope said: “I’m looking forward to working with Keith again and getting used to my new surroundings when I return.

“I love scoring goals and working hard for the team and it’s a big season ahead after listening to what the gaffer wants to achieve and build here.”

Defender Sam Hart has joined Latics on a one-year deal with an option.

The 24-year-old returns to the North West after rejecting a new deal at Southend United, where he played 21 times in the second part of last season.

Predominantly used on the left-side, Hart started his youth career at both Manchester United and Liverpool before being sold to Blackburn Rovers in 2017.

A number of loan spells followed and he gained vital experience at the likes of Rochdale, Southend and Shrewsbury before making the switch back to Roots Hall permanent in November, 2020.

The former Scunthorpe captain, who enjoyed six years at Glanford Park, can operate at right-back or centre-back.

He arrived at the Iron in 2015 for an undisclosed fee and proved to be a worthy addition to the club, with the physical defender playing a major role in their appearances in the Sky Bet League One play-offs in 2016/17 and 2017/18.

The 25-year-old arrives at Boundary Park after spending two-years at the heart of Scunthorp’s backline.

Joining the Iron for an undisclosed fee, he made 63 appearances altogether and found the back of the net against Forest Green Rovers in the last campaign after rejecting a new deal with the Iron in January, becoming a free agent this summer.

Last but not least, goalkeeper Jayson Leutwiler has also signed a two-year deal with Latics.

The 32-year-old spent a short amount of time training with Latics throughout the 2020/21 campaign.

Leutwiler has represented Switzerland at U-16, U-18, U-19 and U-20 level before switching his nationality to Canadian.

He has since earned three caps for the senior side and was named in the 2017 and 2019 CONCACAF Gold Cup squads.