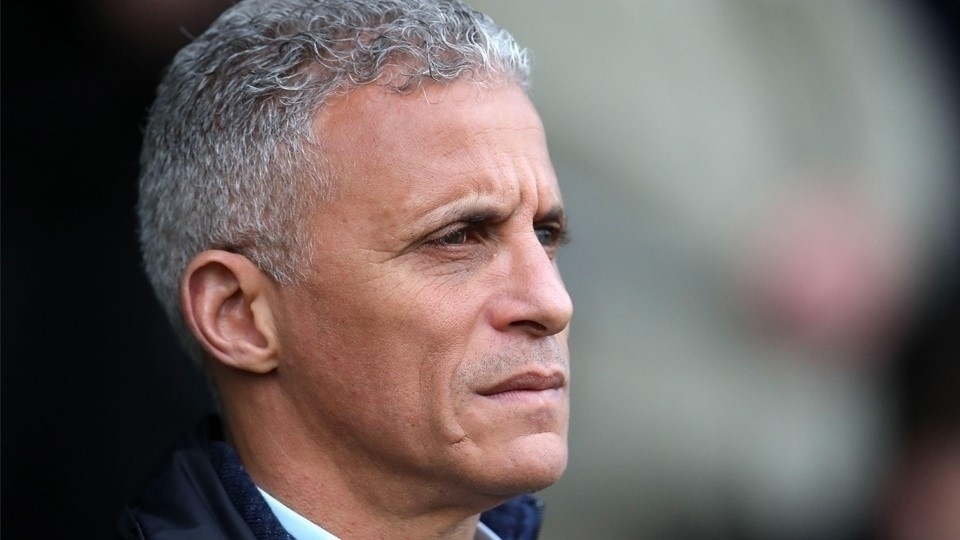 Latics get their eagerly-awaited Sky Bet League Two campaign under way tomorrow, but boss Keith Curle will be without FIVE squad players due to Covid-19.

Curle's team host last season's beaten play-off finalists Newport in the 2021/22 opener, and though the boss will have his options slightly limited, he and his available players are primed and ready.

Curle said: "We're where we want to be, fitness-wise, mentality-wise, and there's an understanding of what's required from the players.

"There is a couple of players missing due to covid and covid protocols, but that's something we've just got to deal with.

"It's not good panicking about it, we just need to deal with it.

"We're abiding by the rukes, we understand the rules, but ultimately it's about the players' welfare first and foremost.

"We're going to be short for tomorrow, but we need need to make sure these lads get over the covid, and then come back in a good place."

Curle knows what to expect from a Newport side who lost to League One-bound Morecambe in the play-off final at Wembley in May.

"I know Flynny (Michael Flynn) the manager, and his teams are always competitive," added Curle.

"The results that they've had in the last couple of seasons, in League Two and in the cups, indicate that they'll always be a formidable team to combat.

"They don't roll over, and that's testament to the team being very much in the same mould as their manager.

"Flynny is a very committed manager, and he always gives everything that he's got.

"He expects that from his team, but likewise, so do I.

"We will go toe-to-toe and pass-to-pass with any team in this divsion this year."

Meanwhile, Latics have signed Jack Stobbs on a one-year deal.

Stobbs, who operates at right-wing and wing-back, has spent a lengthy amount of time on trial with Latics and returned for the full pre-season schedule – scoring against Ashton United, Stalybridge Celtic and Rochdale.

Born in Leeds, the 24-year-old developed through the youth ranks at Sheffield Wednesday and made his professional debut at Hillsborough in March 2014 against Bolton Wanderers.

Boss Curle said: "Jack has been with us for a while, joining on trial towards the end of last season with a view to signing if he did well and he's done that.

"I have to say, he is one of the most committed players I have ever come across.

"He's worked hard and earnt the right to be rewarded and given this opportunity.

"From what we've seen in pre-season, he's a real team player that wants to get on the ball and it's shown with the three goals he's managed to get from a wide position.

"Yes, he's a raw talent and has to keep focused if it's going to be a success for him personally as well as the club, but there's no doubting his attitude and I can promise the supporters this lad is determined to make a positive impact.

"All we can do is give him the chance and platform to keep showing us that this season when it really matters."