You are Here: Home » News » Latics » Latics owner Lemsagam: "I am not leaving. I am not selling"

Latics owner Lemsagam: "I am not leaving. I am not selling" 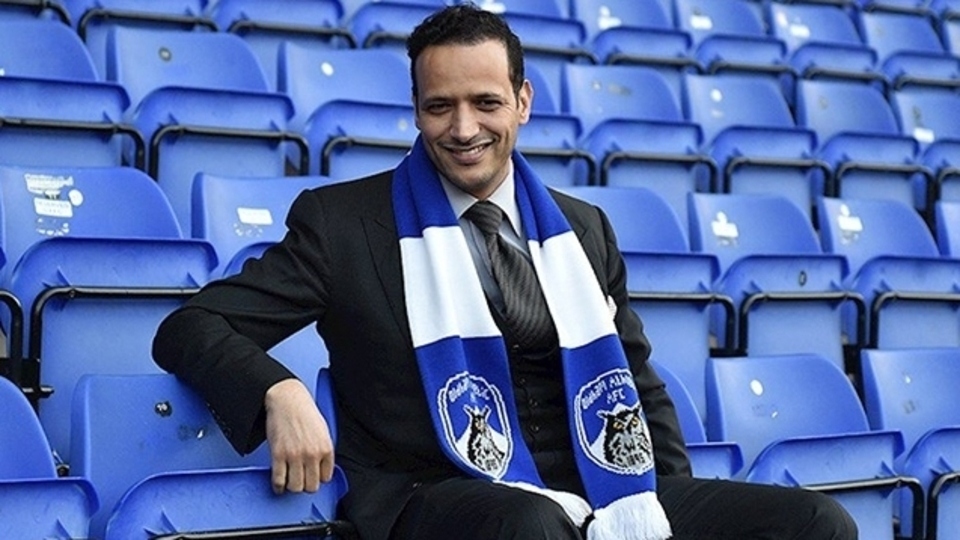 Latics owner Abdallah Lemsagam has insisted that he is going nowhere despite rapidly growing unease amongst the club's fanbase who are demanding he sells up.

There have been vociferous protests and pitch invasions during and after recent matches at Boundary Park as angry supporters have expressed their disgust at the reported running of the club and the plight of the team, who currently lie second from bottom in League Two.

Latics supporters' patience has clearly been wearing thin of late, but after recent dialogue with fans' groups, Lemsagam replied to the Oldham Athletic Supporters Foundation in an open letter published on the club's website tonight (Monday).

This follows a pitch invasion during the second half of Saturday's dismal 3-0 home defeat by Barrow which held up the game by three minutes.

Lemsagam said: "I am aware of the protests at my ownership and the anger and hatred that many fans have for me and my brother (Mohamed, Latics' Sporting Director).

"I receive emails and texts, and so do those close to me, on a daily basis calling me all sorts of names and asking me to “go home”; many of them are outright racist.

"Since I took over in 2018, I accept that mistakes have been made and I will talk about them.

"But each mistake has been made honestly, and with an intention to help the club.

"I have never done anything intentionally to hurt the club, I never would."

"We have spent c£25k this summer on Boundary Park and Chapel Road," added owner Lemsagam.

"The largest renovations for seven years.

"The relationship between the Club and the Community Trust has never been stronger and we believe we have had the most amount of player engagements in league football through lockdown.

"Commercially we have tripled commercial revenue from last year and still going strong, over 30 local businesses are now spending with us which is a massive step forward.

"Right now, the Club is in its most stable position since I took over."

There was also something of a warning to protesting fans from Lemsagam, who stated that these actions could bring 'terrible consequences'.

He added: "I have not received one single serious offer to buy the Club in the past three years.

"If this section of the fanbase continue to hurt the Club and achieve their aim of depriving it of income so much so that I cannot support it, there could be terrible consequences.

"We are very close to having to ensure games are played behind-closed-doors given the pitch invasions, no doubt that is part of the plan of the fans opposed to my ownership and that will further hurt the club."

Latterly, in the letter Lemsagam also commited to:

Meeting the OASF every month with a Board member present. The meetings should have an agenda and have minutes circulated.

Appointing a new Fan Director, to improve communication between the Club and fans.

Continue to progress with more financial information being made available.

Attend a fans forum with all the Board present twice a year.

Commit to a new three-year plan to be produced before the end of October.

Early reaction to Mr Lemsagam's open letter has been rather mixed.

Social media has been hectic tonight, with one fan saying: "Really hope that statement doesn’t sway anybody.

"We still need these charlatans out of our club."

Another posted: "Fair play, special skill to announce a statement in the hope of gathering support to only pour more fuel on the fire.

"If its that bad makes you wonder the intention. Lots of accusations and not a lot of action."

"Victim blaming. That's all the owner has done with that statement," said another fan.