You are Here: Home » News » Latics » Curle attempts to rally his embattled troops 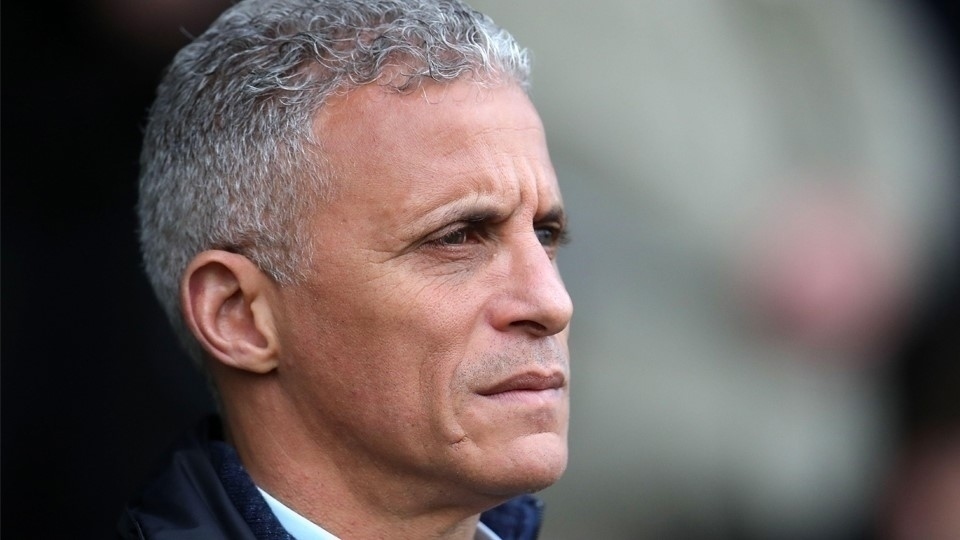 Latics boss Keith Curle is trying his utmost to rally his troops and the club’s fans ahead of tomorrow’s trip to Leyton Orient.

It’s been a traumatic week at Boundary Park.

After last weekend’s thumping 3-0 home defeat by Barrow was interrupted by a second-half pitch invasion by protesting Latics fans, under-fire owner Abdallah Lemsagam has since sent out conflicting messages to the supporters, and also taken tickets off general sale for next weekend’s home fixture against Hartlepool.

Sales of season tickets have also been suspended by the Latics hierarchy.

More protests are planned by supporters groups, but on the field, Latics are desperate for an upturn in results as they currently sit second-bottom of League Two thanks to five defeats in their first six matches.

Team boss Curle said: “It’s difficult, but you’ve got to be able to use the negativity and turn it into a positive and be energised by it.

“That’s what we are trying to instil this week.

Kenny Jackett’s Orient have lost just once so far this term.