You are Here: Home » News » Latics » Protestors make their voices heard ahead of Latics stalemate

Protestors make their voices heard ahead of Latics stalemate 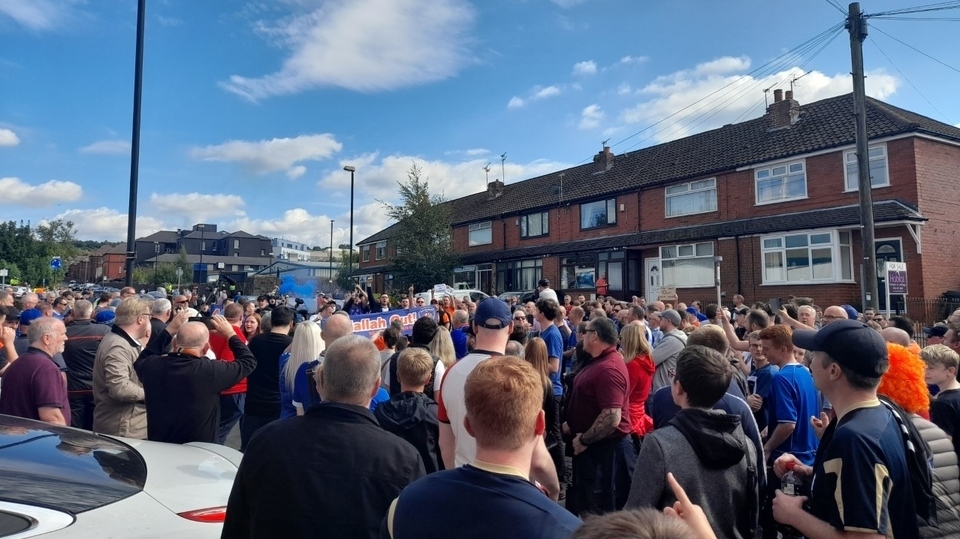 It proved to be another day of major protests at Latics ahead of and during their goalless draw at home against newly-promoted Hartlepool United.

The game itself provided little sparkle, but the Latics fans certainly made their voices heard again in a major protest against club owner Abdallah Lemsagam, who was again absent.

Around a thousand disgruntled fans gathered outside the Boundary Park main entrance prior to kick-off to voice their opinions.

During a protest organised by the Push the Boundary group, some fans carried a coffin to the main entrance of the ground.

Early in the first half once the match got under way, a plane flew by the stadium with the words 'Al and Mo time to go #saveoafc' trailing behind it.

During the pre-match protest, PTB's Dan Taylor addressed the vociferous crowd, saying: "There has been so many tipping points over the past four years.

"Mine was when Pete Wild - one of our own - walked away from this football club.

"He walked away because he didn't believe he had sufficient support to be the manager here.

"Generations of fans of this club have gone, fathers, sons and more.

"There's future generations too, that want and need Oldham Athletic Football Club to be here. 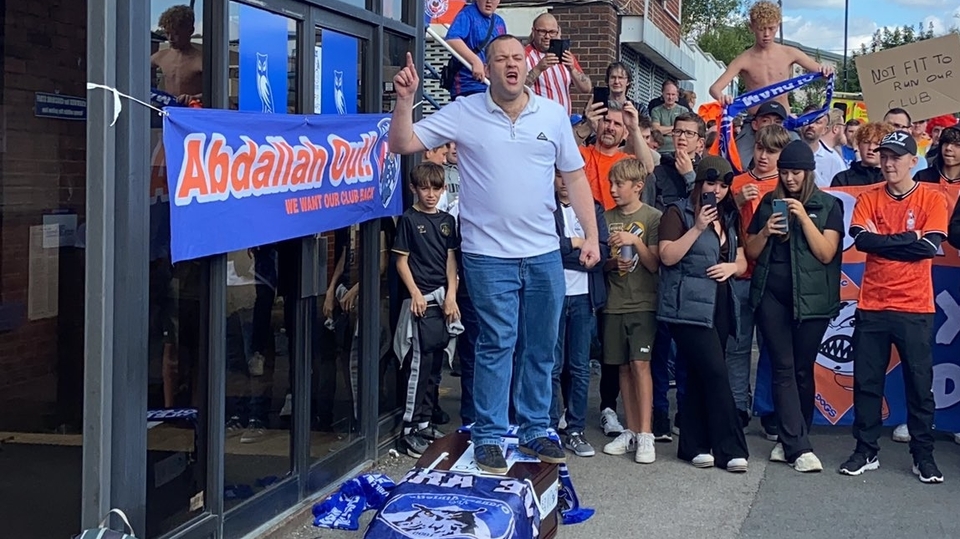 Once the game got under way, Latics at least grabbed themselves their first home point of the season.

Hallam Hope was denied twice in a matter of seconds, first by ‘keeper Ben Killip’s excellent save and then by Zaine Francis-Angol’s goal-line clearance.

Hartlepool then took control with Nicky Featherstone seeing a shot saved by Jayson Leutwiler and Luke Molyneux firing off target.

In the 40th minute Hartlepool's Mark Shelton rose to meet Jamie Sterry’s cross, but he headed against a post.

Hope went close again when he curled inches wide after dispossessing Neill Byrne, then as Latics continued to press, Callum Whelan crashed a low drive wide of the target.

Latics team boss Keith Curle, whose team remain rooted at the bottom despite their point, said: “Our fans have got an opinion, they’ve got a voice, and of course they’re entitled to that.

“There was a peaceful demo and our players are aware there’s unrest, but the fans also back the team and once again they were excellent today.

“They’ve shown their passion for the club and nothing else.

“The players’ mindset and application has been first class all season, and the confidence will come back.

“Maybe we need to turn defence into attack a bit more because we’ve definitely got the players who can hurt opposition teams.

“There are some really gifted players in our squad.

“Some have maybe got to get out of that under-23s mode maybe, but the quality is there."

Latics now have the opportunity to make a name for themselves in midweek when they head to Premier League Brentford in the Carabao Cup.

Curle added: “I see that as an opportunity to progress.

“They will field a weakened team because they’ve got an abundance of good professional players.

“If we show our mettle, though, we can get a result there.”