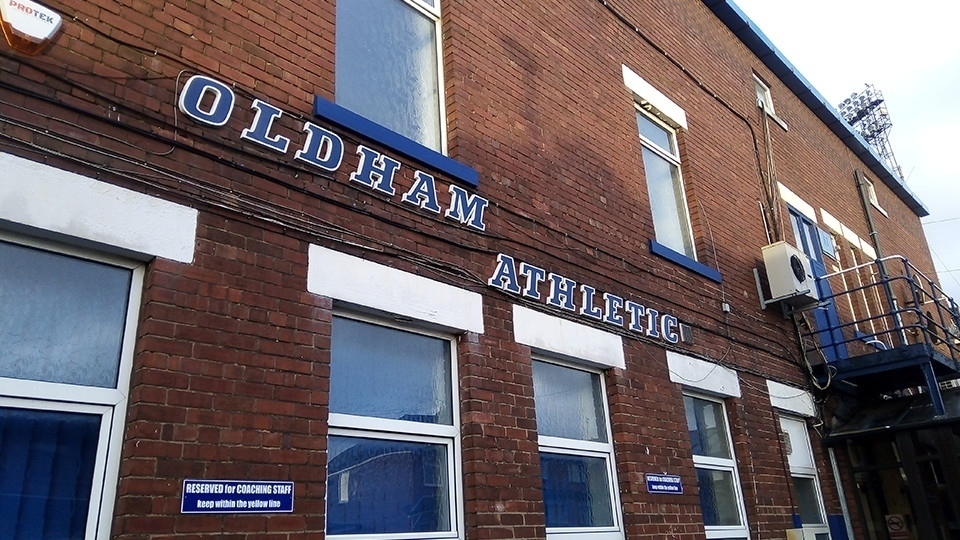 Latics boss Keith Curle is determined to get the home fans back onside so that they can try and re-ignite a fortress atmosphere back at Boundary Park once again.

Latics are still to win in the league at home this term, but they'll go into tomorrow's Boundary Park tussle with Harrogate in confident mood having won at Rochdale last Saturday - their second away success of the season.

"The game against Rochdale was another step in the right direction," said Curle.

"The supporters massively needed it, and they saw attitude, willingness, desire and application, and saw all of that in abundance from the players.

"The supporters will want to see that week in, week out, and they'll buy into the results.

"We need their noise at Boundary Park, and if we start delivering the performances and results, we'll get five or six thousand here, and that will be our 12th man."

He reckons his team will be coming up against a 'bouyant' Latics outfit.

Weaver said: "They got a win last week so they’re not totally out of form, and it was against a really good Rochdale team so they’ll be buoyed by that.

"I don’t see any as must win games at the minute, it’s so early in the season.

"We’d like to think from every away game we can come away with something because it keeps the momentum moving forward.

"We’ll be hungry for even more than that but we have to earn it, especially when they have some dangerous players."

Harrogate, new to the EFL last season, have started this campaign superbly, with four wins and four draws in their opening nine fixtures.

They currently sit in third place in League Two, but haven't actually won in their last four matches (three draws and a defeat at Port Vale).