You are Here: Home » News » Latics » No breakthrough at Brunton Park

No breakthrough at Brunton Park 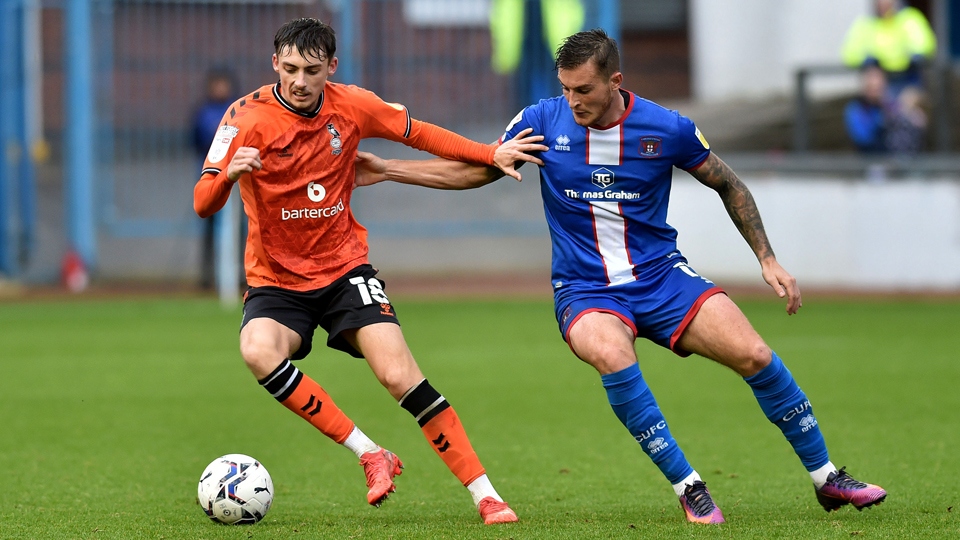 It was never going to be the match of the season, but Oldham Athletic failed to show anything near an inspirational performance at Brunton Park.

Despite two reasonable chances from Jamie Bowden and Dylan Bahamboula in the first half, neither side seemed to be able to pick up the pace and secure the much-needed points.

Jayson Luetwiler did well to deny mangerless Carlisle's best chance from Brennan Dickenson, a rare moment of drama in a mainly lacklustre first-half.

Davis Keillor-Dunn hit the woodwork just before the break having found space just outside the box, before Bowden saw his follow-up strike controversially ruled offside.

Despite a more energetic performance in the second half, including decent opportunities for Bahamboula and Piergianni, Oldham seemed to lack the "hunger for goals" Curle had referred to earlier in the week.

Curle made three changes in personnel from the Walsall defeat midweek, with returns for Carl Piergianni and Hallam Hope.  Youngster Harry Vaughan, who saw his first international call up last week, was given his second league start.