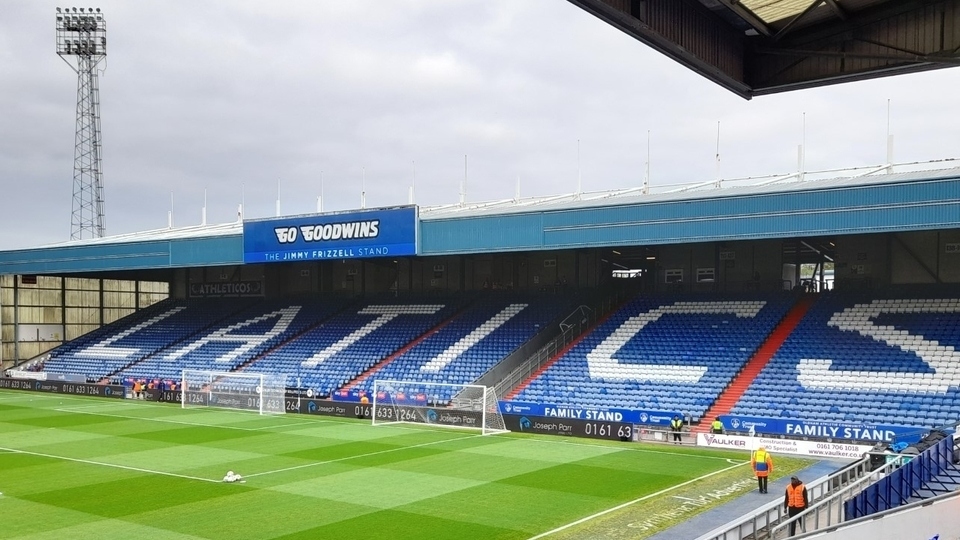 Oldham supporter group Push the Boundary have unveiled plans for dual protests across the next two home matches as they continue to push for the departure of Abdallah Lemsagam.

For the match against Port Vale on November 20, fans have been urged to to ‘Pack the Park’ - crowding into the stadium to vocalise their displeasure at the ownership.

Then on December 11, for the visit of Forest Green, they hope to ‘Empty the Park’ - enacting a mass boycott of the fixture as a statement of fan power.

Steve Shipman, one of the founding members of Push the Boundary, stressed the need for continual protest in order to combat the potential onset of apathy.

He said: “Anti owner sentiment had died down in the ground in recent weeks borne out of the fact that a lot of people aren’t going, so we wanted to do something to energise the fanbase and be a bit more vocal.”

The logic behind the double-protest is finding a middle ground between the two current schools thought amongst Oldham fans, in terms of how best to oust Lemsagam and his cohorts.

Where certain sections of the fanbase prefer to put pressure on the ownership vocally, from inside the ground, others - ‘lapsed Latics’ as they might be known - believe refusing to attend home matches and pay into the club is the most effective expression of dissent.

Shipman said of the plans: “Trying to fill the ground, to group people together to make as much noise and support the team and voice our opposition to the ownership, which is a visual thing to show that there is a passionate fan base that’s there.

“But also to say we can empty the ground as well, to show the power the fans have got.”

Meanwhile, the Oldham Athletic Supporter’s Foundation have announced their own ‘Stage Three’ phase of protest, pertaining to the removal of the owner.

In a statement posted on their website they detailed a list of promises, made by Lemsagam and the club following the widely publicised ‘coffins and clowns’ protests in September, that have since been broken.

Directly addressing the owner, the statement read: “[you] leave us with no choice but to ascertain that you are not a fit and proper person capable of managing Oldham Athletic Football Club.”

Push the Boundary and the Foundation, both now essentially working from the same playbook, plan to sit down and have further conversations over the next couple of weeks to map out a strategy going forward.

In an ideal world, they hope to get the hard yards done prior to the January transfer window, to leave scope for a new ownership to come in and amend the squad for what could be a gruelling relegation scrap.

It goes without saying that Oldham will become a less appealing proposition to prospective buyers if they fall out of the Football League.

For this reason, Shipman believes they have no choice but to recognise they are at the point of no return.

“He’s got no intention of working with supporters to make this situation better. We need to make something happen before it gets even worse.”