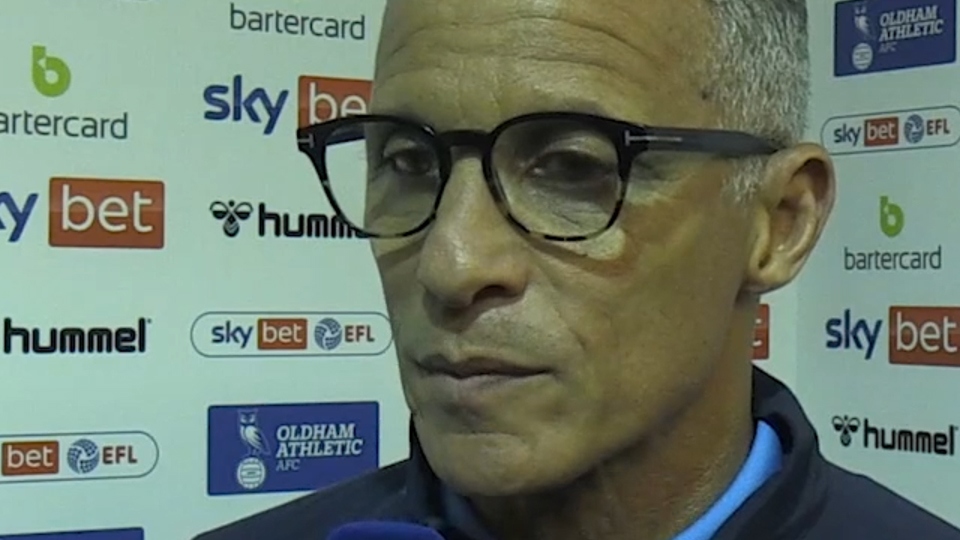 Oldham face Ipswich Town tonight in an FA Cup replay as they fight for a place in the second round.

In the first match at Portman Road, Lactics showed a resilience and verve that belied their weary league form, fighting hard to earn a draw despite being clear underdogs.

Davis Keillor-Dunn netted for Keith Curle’s side after falling behind early, and just before the hour mark Christian Walton’s save from Dylan Bahamboula's penalty prevented a shock lead.

Before that match, Curle expressed annoyance at Ipswich boss Paul Cook’s presumptive comments about looking forward to a potential third round clash with Premier league Norwich.

Now, in front of the Boundary Park faithful, his side have the opportunity to humble Cook and give their fans some much needed respite from a battling relegation dogfight.

Curle, discussing the need to remain positive despite poor form said: “In general, take it out of football and into a real-life context. People have disappointments. We’re disappointed, we’re not happy. But it’s about having the mindset to make a change and be in charge of our own destiny.”

And he was frustrated at the referee’s decision in the Portman Road fixture not to dismiss Janoi Donacien for denying a clear goal scoring opportunity, in the incident for which the penalty was awarded.

Curle said: “I spoke to the referee’s association and on reflection, in their opinion, it should have been a red card. But that doesn’t make me feel any better.”

With a number of injured players now returning after lengthy lay-offs, Curle hopes this fixture could become a turning point for Oldham’s season.

He said: “People may underestimate the power of having those players back.”

“We have had a shadow squad that’s been down to the bare bones and yet we’ve still been competitive.”

Against the grain of Cook’s remarks, and despite being a league above Oldham, Ipswich’s Welsh midfielder Lee Evans was keen to stress that his side would take nothing for granted.

He said: “Oldham on Tuesday will fancy themselves a little bit more after getting a draw at Portman Road, so we need to be bang on it.

“If we had been drawn away in the first place, we would have seen it as a tricky tie, so it will be a tough game which we will prepare for so we can progress. “