You are Here: Home » News » Latics » Oldham fall back into relegation zone after Salford defeat

Oldham fall back into relegation zone after Salford defeat 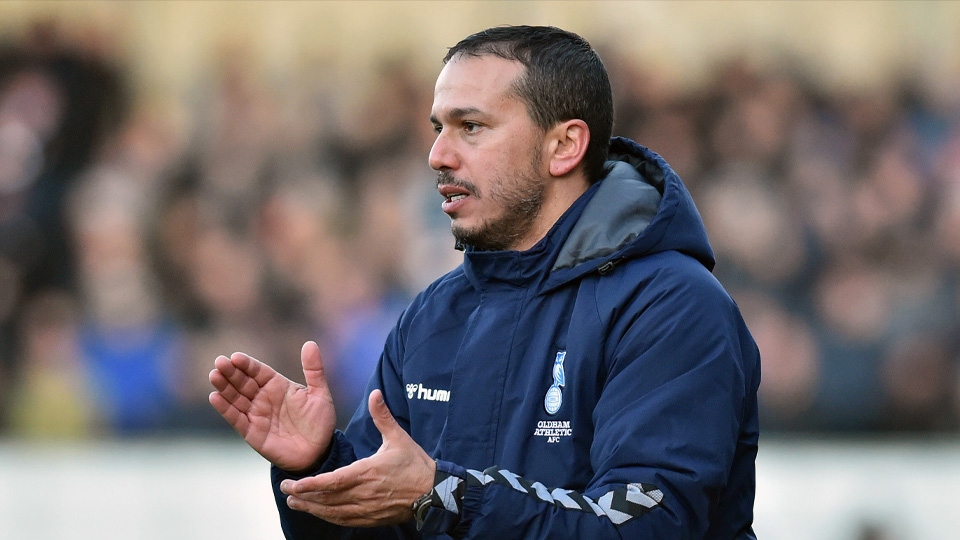 A comfortable win for Salford City means managerless Oldham Athletic are back the relegation zone.

Having parted company with manager Keith Curle earlier this week, it was Academy Coach Selim Benachour who took charge of Latics prior to the visit to the Peninsula Stadium just a few miles down the road.

An early right-footed shot from Davis Keillor-Dunn the centre of the box almost gave Latics a lead after just one minute.  It was close, but just misses the top right corner.

But it was Salford midfielder Matthew Lund's deft header past Jayson Leutwiler that opened the scoring just before the half time whistle.

After the restart, Oldham's best chance of the game came as substitute Jack Stobbs hit the bar with a right-footed shot from outside the box.

Momnents later, and with less than fifteen minutes of the second-half left, Brandon Thomas-Asante right-footed a shot into the bottom right hand corner of the Oldham net.

Unsurprisingly, Selim Benachour was unable to turn Latics' fortunes around, and the defeat saw Oldham drop back into the relegation zone in 23rd place.