You are Here: Home » News » Latics » Oldham stung by by last minute winner 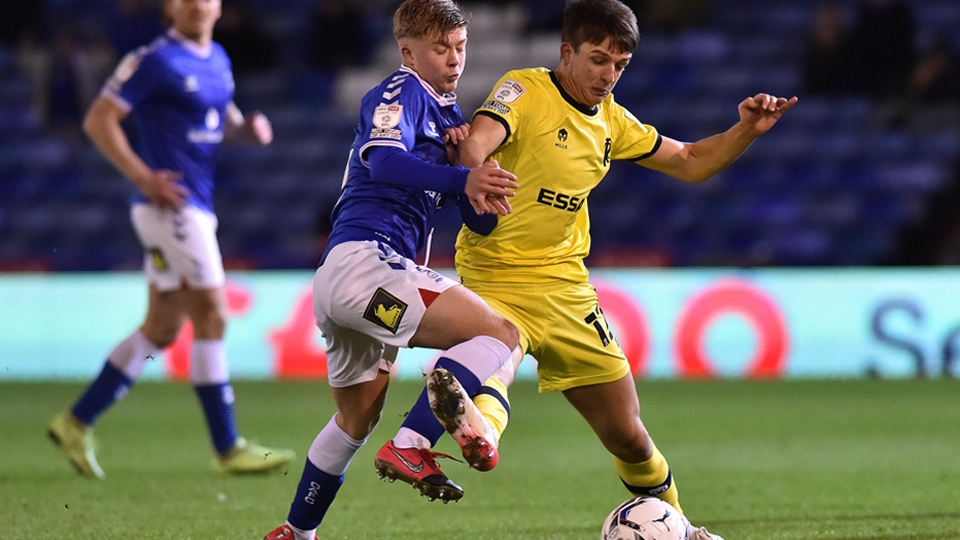 Despite offering more zeal and ideas than their opponents, Latics will remain in the relegation spaces on 15 points.

Oldham were fastest out the traps, Benny Couto nearly squeezing in a shot at the near post after a clever first minute corner.

Davis Keillor-Dunn then shaved the woodwork with a curling strike from 18 yards before planting a free header wide at point blank range.

Oldham thought they had the lead after half an hour, bundling the ball home from a corner only for referee Andy Haines to demand a retake.

The second half saw more of the same, Zak Dearnley’s vollied strike blocked on the line by Callum MacDonald as Latics continued to ask questions.

With 20 minutes to play, Nicky Adams, on his 650th career appearance, hung up a near-perfect delivery for Keillor-Dunn who couldn’t make a good contact in the six yard box despite straining every sinew of his body.

It looked to be the story of the evening, Latics desperately pushing for the goal in front of 4303 supporters but unable to find it.

And then, on the 90th minute, they were stung.

Charlie Jolley snatched a dramatic winner for the visitors, prodding the ball home as it flashed across the penalty area in a rare Tranmere attack.

As planned, applause echoed around Boundary Park after six minutes in tribute to football-loving Arthur Labinjo-Hughes, who was tragically killed last year.