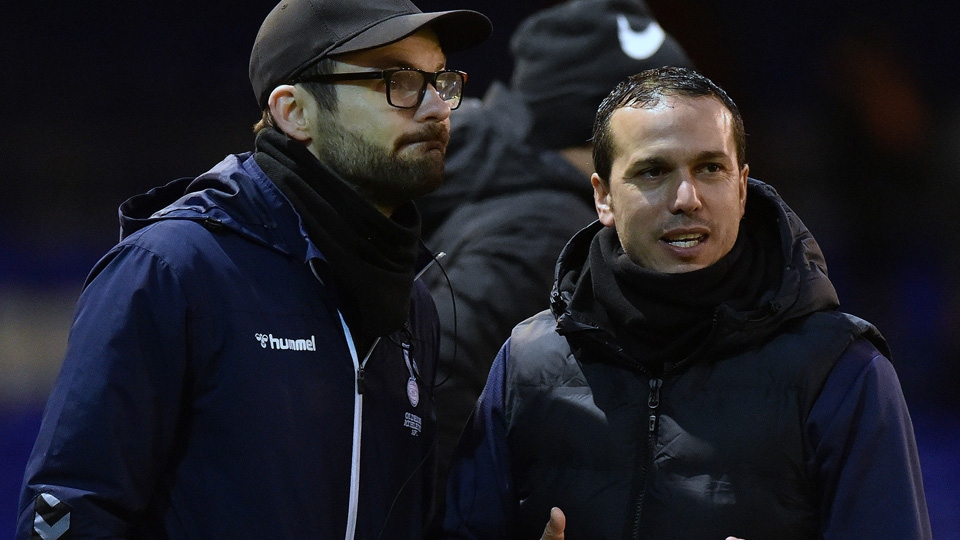 Oldham see in the new year with a trip north to Hartlepool, no doubt in hope that 2022 will offer a stark contrast from its predecessor.

The Durham outfit are 15th in League Two, ten places above rock-bottom Oldham with almost half of all fixtures now played.

They have only one win in five, but that’s one more than Selim Benachour’s side, who risk getting cut adrift from safety in January if their current form continues.

The Tunisian, however, has urged his players not to be overly concerned by their placing, but to use it as inspiration for the games ahead.

He said: “Of course we need to see the league table, but we will succeed playing to our strengths and not playing against our strengths.

“We are bottom but it doesn't mean anything yet.”

Benachour cited Bolton Wanderers’ turnaround of form last season as an example of how a short run of wins can be enough to change the entire picture at the bottom end of the table.

He said: “Bolton last year after 25 games were 20th. In football if you win two, three or four games you are out of this zone.

“We need to work hard and we need to bounce back, and it's good that the game is coming quick. We need to turn these things in our favour.”

When the sides met last in September, a dull scoreless draw was overshadowed by the pre-match clowns and coffins protests against Abdallah Lemsagam, which gained attention in the national press.

Nearly four months on and the situation seems only to have worsened, with a change in ownership perhaps ranking even higher than a change in fortunes on the pitch in many Latics wishes for the new year.