You are Here: Home » News » Latics » Sheridan says the challenge at Oldham Athletic is 'mammoth'.

Sheridan says the challenge at Oldham Athletic is 'mammoth'. 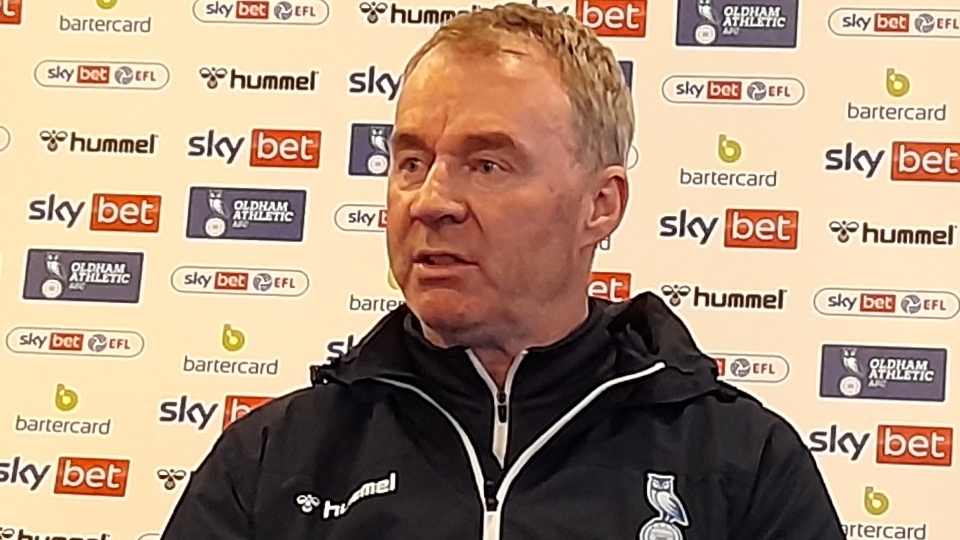 New Latics boss John Sheridan has returned to Boundary Park for a sixth stint, clearly 100-per-cent determined to save the club from dropping out of the Football League.

Sheridan returned to Latics earlier this week, but he wouldn’t have done so had he thought that survival prospects were already non-existent.

Asked by the Chronicle about the ‘mammoth task’ that awaits in the final 21 games of the League Two campaign, Sheridan said: “It looks mammoth, and it will be very difficult, but I’m a firm believer that I wouldn’t have come back here if I’d thought we’ll get relegated.

“I would have just stayed at home if I’d have thought we’re going to go down.

“I know it’s going to be hard – it’s a tough ask and would probably be my biggest achievement in the game if we do survive.

“There’s that seven-point gap there, we know, but that can easily be turned around in the next four, five, six games.

“There’s a little league of five or six teams down there at present, but I think if we believe, and we are capable, we can finish top of that league.

“It will be an achievement if we stay up – we’ve got a big fight on our hands, but it is something that is achievable.”

Latics will head into tomorrow’s home derby clash against Rochdale without front-man Zak Dearnley, whose contract was terminated by mutual consent yesterday.

However, Sheridan already has his eye on potential reinforcements.

The Latics boss added: “We’re trying to wriggle through with one or two players I’m talking to.

“I feel as though we need one or two players just to strengthen us.

“We’ll have a few lads back from injury this weekend so it won’t be about the 11, it’s more about the squad and getting them all to compete with each other for places.

“There’s a new manager here now with new ideas, and I’ve told the players as much.

“Hopefully there’s a few here who may have thought they were about to head out of the door, who might still have a future here.

“Obviously I’ve identified that we need a striker, and we’re doing our best to get one in.”