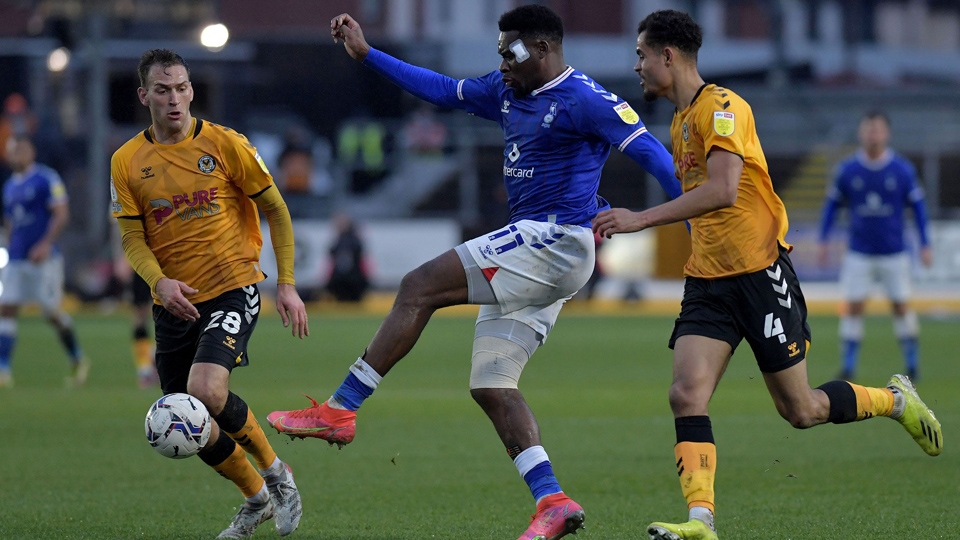 It was a six-goal thriller at Newport as a reinvigorated Oldham side saw victory stolen in the final minutes of a scrappy and well-fought game.

County took the lead on 14 minutes with a long shot from Ryan Haynes finding the bottom left corner.  Fifteen minutes later,  Dylan Bahamboula provided Davis Keillor-Dunn with the opportunity to tuck the ball away from the centre of the box.

Dominic Telford put County ahead again just before the break, as Latics' Mike Fondop replaced Junior Luamba due to injury.

It didn't take long in the second half for Fondop to head a spectacular shot from the centre of the box, following an Oldham corner.

By the middle of the second half, Dylan Bahamboula had been shown the red card for violent conduct, leaving Latics a man down for the remainder of the game.

Credit where it's due, despite the sending off, Mike Fondop made it three for Latics with a sure-footed shot against a slightly out-of-kilter County defence.

Three points was on the cards, before Newport County equalised in the last two minutes of the game, with an admirable shot from Mickey Demetriou.

Speaking after the game, Oldham head coach, John Sheridan said it was a tough place to visit.

"I'm quite proud of the lads for their effort, but I'm disappointed in the little mistakes that make us vulnerable.  The first two goals were down to use doing easy things poorly.

"I thought the second half, we looked like the team that were going to push on and win the game. The sending off put us on the back foot, but we got blocks in near the end and defended really well.