You are Here: Home » News » Latics » Oldham out of drop zone as remarkable run continues

Oldham out of drop zone as remarkable run continues 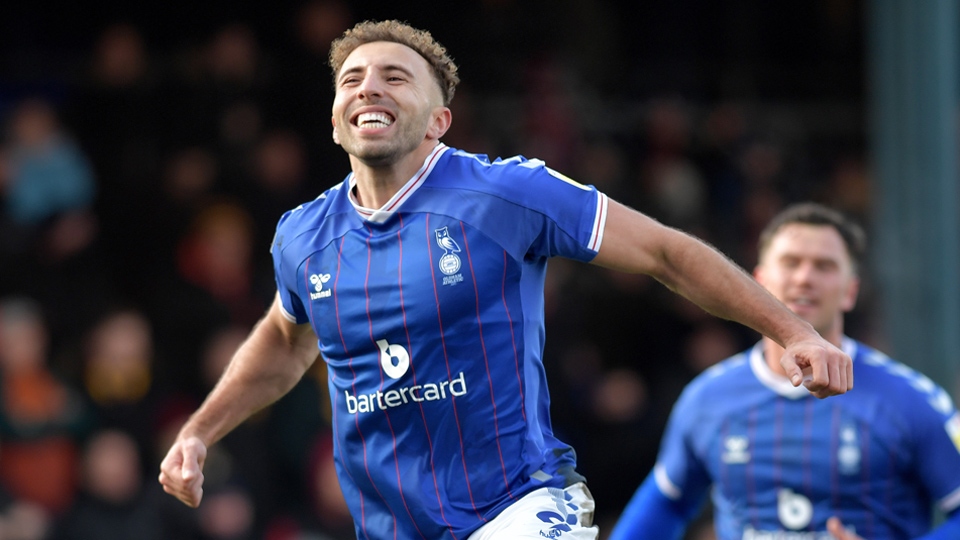 Oldham climbed out of the relegation zone with a commanding victory over Bradford City as their John Sheridan-led resurgence continued.

As other games fell foul of late postponements, not even the icy winds of Storm Eunice were enough to stop Oldham’s march towards League Two survival.

Quick-fire goals from returning Hallam Hope and Davis Keillor-Dunn put Latics ahead at halftime before an eventful but goalless second half.

The win lifts Oldham above Carlisle United into 22nd place, an incredible feat for a side who were seven points adrift of safety just five games ago.

Oldham began the brighter of the sizes, Keillor-Dunn forcing a low stop from Bantams keeper Alex Bass with a well struck half-volley from 18 yards out.

After 19 minutes Latics were ahead, a glancing Hallam Hope header from Nicky Adam’s corner nestling in the corner.

Moments later Keillor-Dunn doubled the lead with another header, steering the ball past Bass from close range.

It was the attacking midfielder’s 11th league goal of the season and his fourth in five games under Sheridan.

Bradford tried to rally in front of a depleted away crowd, many of whom were still stuck on the M52, but forward Andy Cook struck the ball straight at Danny Rogers when played in at a tight angle.

After the interval Yann Songo’o almost halved the deficit with a volley fired off the crossbar and the away side began to apply more pressure.

Tempers flared in the 72nd minute and Bantams captain Paudie O’Connor was sent off following a confrontation involving multiple players.

And Bradford thought they were back within touching distance when Tom Elliot bundled home but referee Anthony Blackhouse chalked it off.

The Oldham contingent of the 7716 strong crowd sang their way through five minutes of stoppage time and Latics saw the game out.