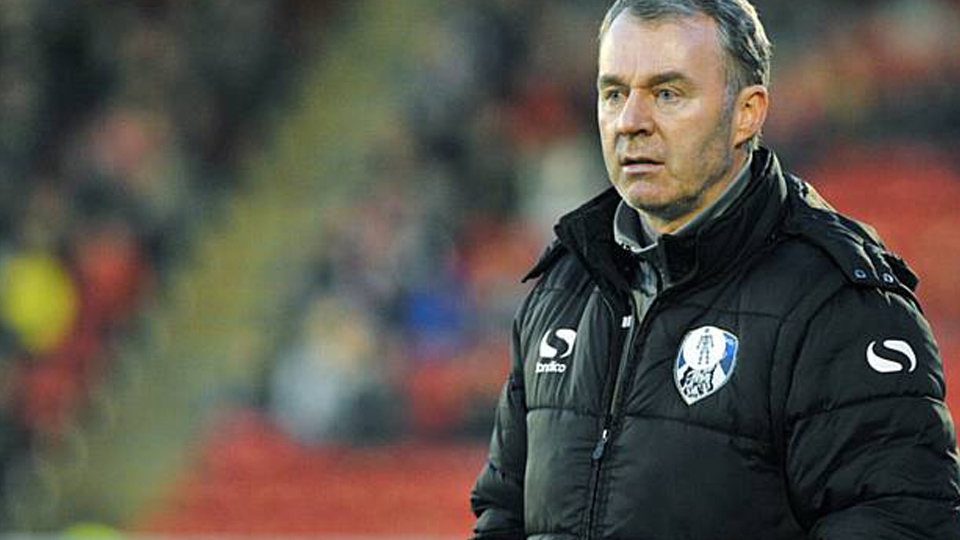 Six weeks ago, both Carlise and Oldham looked likely relegation candidates, and whilst both sides are far from safety, their fightbacks have been swift and impressive.

Perhaps inspired by Oldham’s turnaround of fortunes since the re-appointment of club legend John Sheridan, Carlisle have copied the formula by appointing Paul Simpson.

Simpson has already picked up successive wins over Leyton Orient and Rochdale in his first two matches back in charge of the Cumbrians.

He was previously player-manager at Brunton Park between 2003 and 2006 where he led the side to double promotion from The National Conference division to League One, winning LMA League Two manager of the year in 2006.

Latics themselves are now seven matches unbeaten after Tuesday’s draw with Crawley Town, but have returned to the drop zone because of results around them.

They sit in 23rd, a point behind Barrow and with a game in hand.

Oldham will again be without January signing Mike Fondop who confirmed on Instagram he has completed surgery for a muscle injury in his groin.

Sheridan voiced his frustration at costly defensive mistakes after the Crawley match, but wasn’t despondent at the result.

He said: “The spirit and fight to get something from the game, I'm pleased for our supporters, they've come a long, long way on a Tuesday night and I'm pleased that they've seen the effort from the players..

“Those points will be vital but it's important we take it into the home game and try our hardest to get three points.”

Looking ahead to this weekend, he added: “It's a tough game against a team in and around us. They've won the last two but we're doing all right ourselves.”