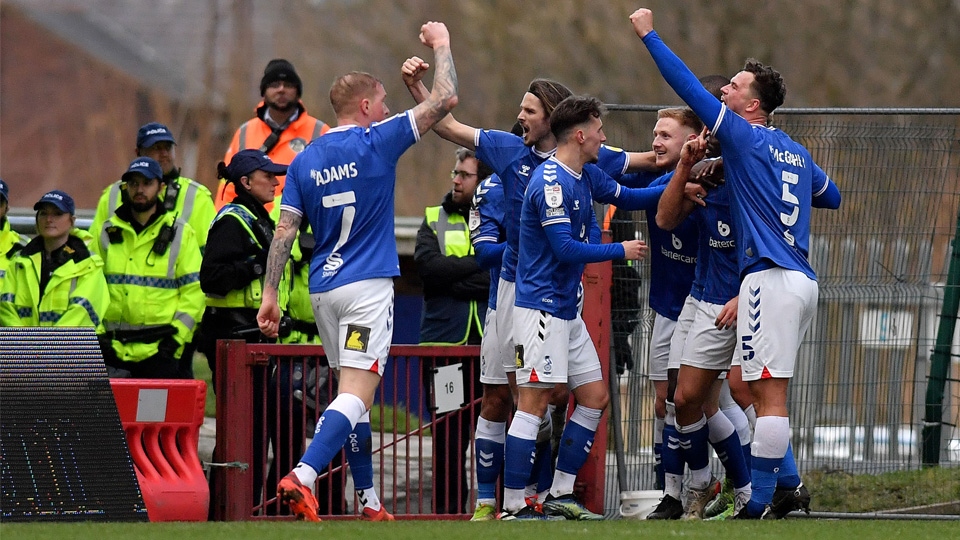 A missed penalty proved costly as Latics were stung deep in injury time for the first loss since John Sheridan’s return to the club.

Hallam Hope put Oldham into the lead before the interval in a first half that also saw Davis Keillor-Dunn’s weak penalty kick saved.

Omari Patrick pulled the visitors level just after the break and Morgan Feeney grabbed the winner with only seconds to spare.

The loss ends Sheridan’s unbeaten run of seven matches and Oldham remain in the drop zone.

The game was steady in its early stages, Oldham shading the possession and almost taking the lead when Nicky Adams cross from the left was inches from looping over Mark Howard.

On the 25th minute Oldham were awarded a penalty when Adam’s free kick was judged to have been handled in the area, but Keillor-Dunn’s tame strike was parried by Howard before Dylan Bahamboula’s follow-up bobbled wide.

Tempers flared at frequent intervals, with Latics picking up four first half bookings - most of which for off-the-ball scuffles.

Jordan Gibson was the primary creative outlet for the visitors, but Jamie Devitt missed their best chance of the half with a half-volley from ten yards.

In the dying embers of additional time Oldham took the lead, Hope diverting Jordan Clarke’s low drive across the face of goal into the net.

Not long after the game restarted Carlisle - who had won their previous two matches after the reappointment of manager Paul Simpson, pulled level through Patrick who prodded home after racing clear of Oldham’s backline.

Hope and Patrick then missed near identical headed chances at either end - neither able to keep their effort down.

Gibson had a great opportunity in the 85th minute, flicking the ball skillfully over the head of Carl Piergianni but volleying wide.

Deep into stoppage time Carlisle snatched it, captain Callum Guy’s cute free kick lifted onto the head of Feeney whose header went in off the woodwork.